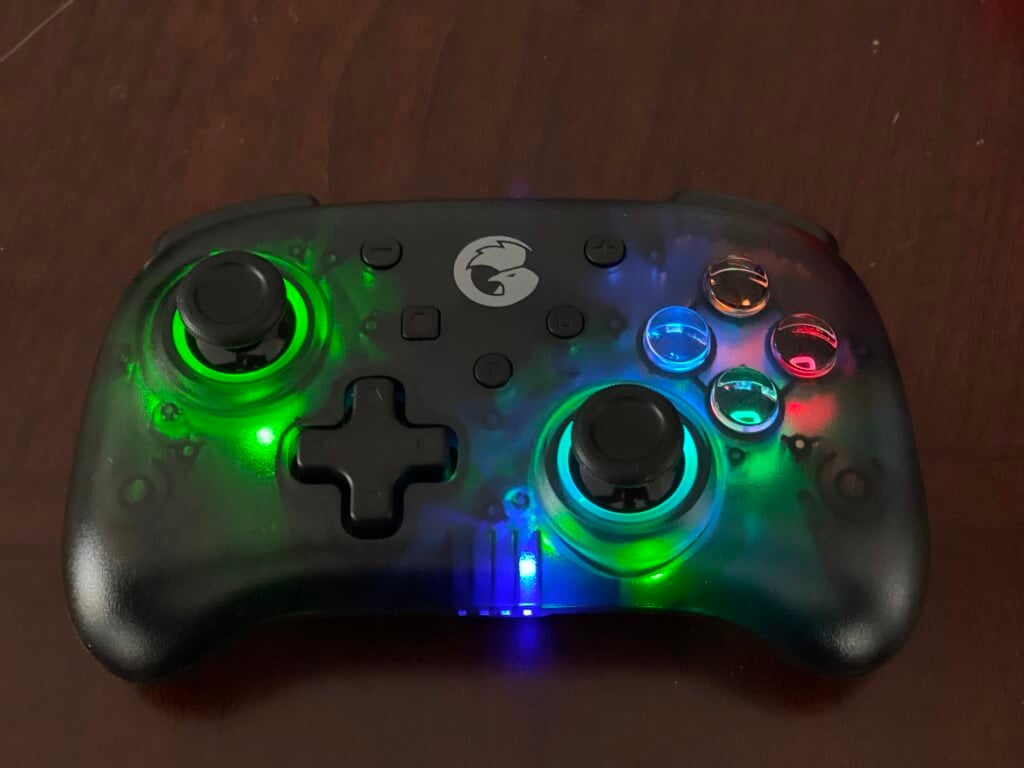 When you own multiple consoles, finding a controller that can work on all of them is quite tricky. Even storing away controllers can take up a lot of space. Yet, there's also the need to think about cloud gaming, too. You'll need a controller like the GameSir X2 to turn your mobile phone into a comfortable controller. 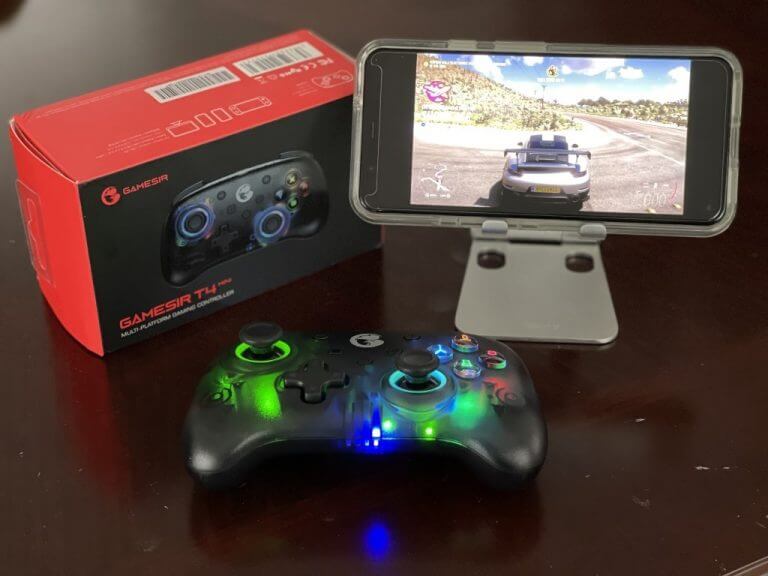 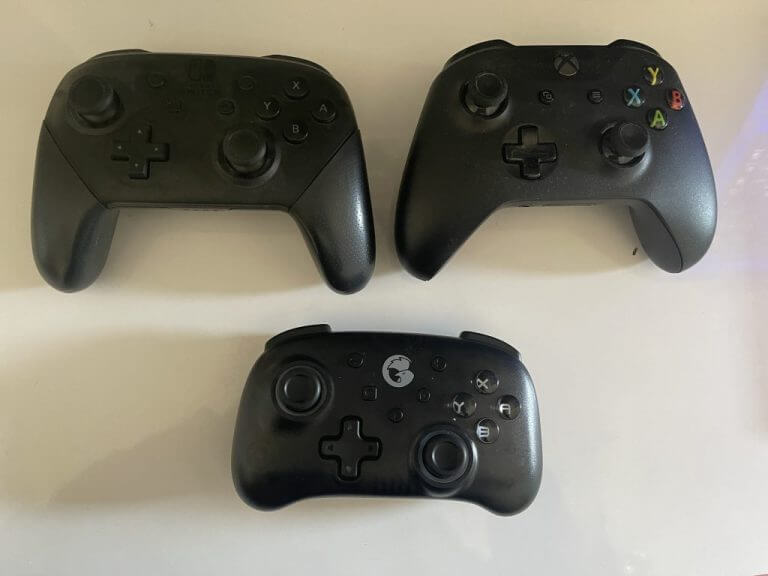 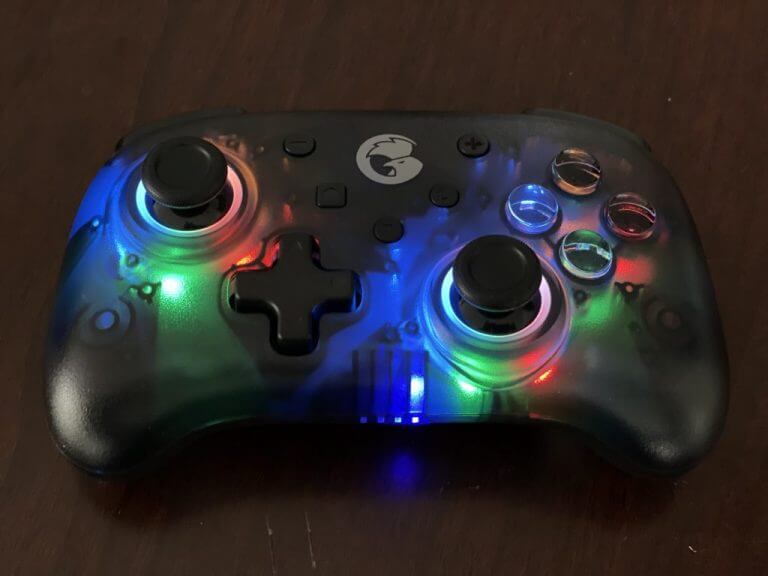 The GameSir T4 Mini is available on Amazon for $36. For that price, you're getting a compact controller. Overall, the controller measures 5.63 x 3.2 x 2.09 inches. It's able to fit in my hands with ease. Visually, the clear-black color is very reminiscent of a Nintendo Switch Pro controller, mixed with an Xbox Controller. There's even a USB-C port onboard, so you can connect the controller to your PC for use with emulators, or with Steam.

Of course, there is a bonus for this price, too. Unlike the standard Xbox One Controller or even the Nintendo Switch Pro controller, you're getting LED lights. You can toggle between the lights by hitting the T button and the L3 stick. There's a total of 10 different colors, ranging from Green to Blue, to Rainbow and pulse. The colors are appreciated for switching things up based on your mood when gaming.

Though Xbox Cloud Gaming does not support it, the controller also has Asymmetric vibrating motors. I tried this feature out by playing Microsoft Flight Simulator on my PC with the T4 Mini, and, it's a solid vibration, but not as good as a native Xbox controller. 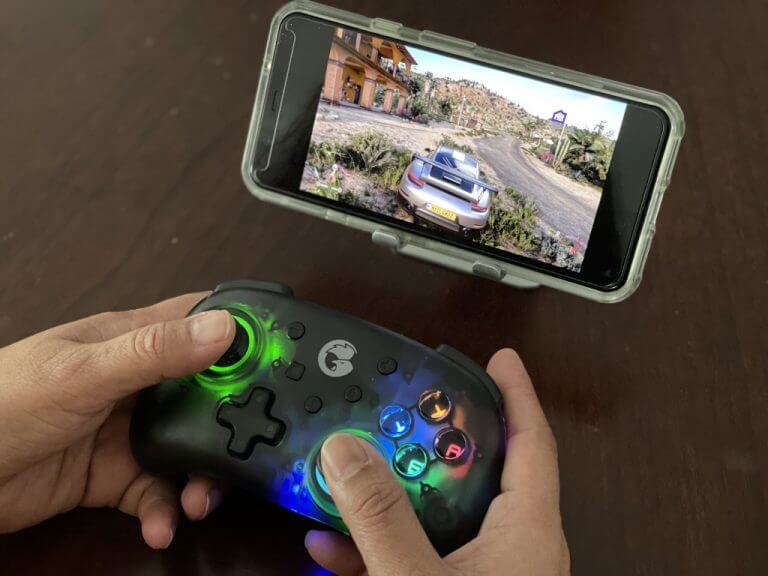 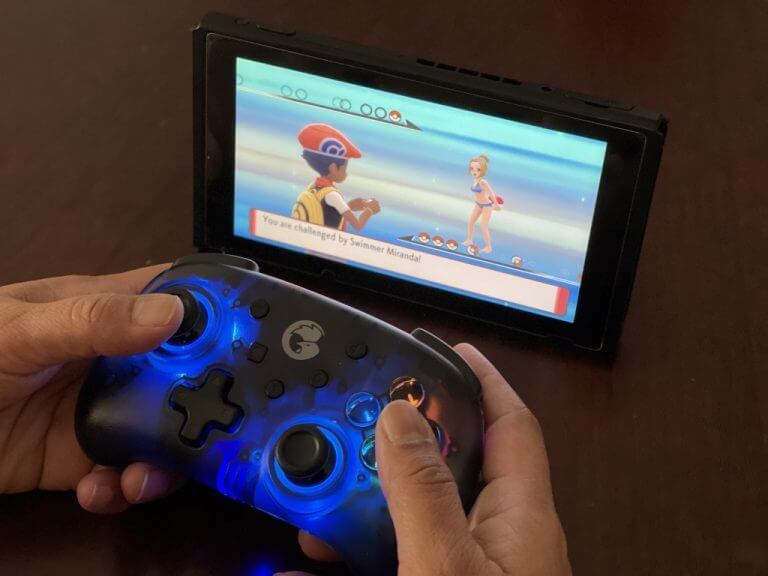 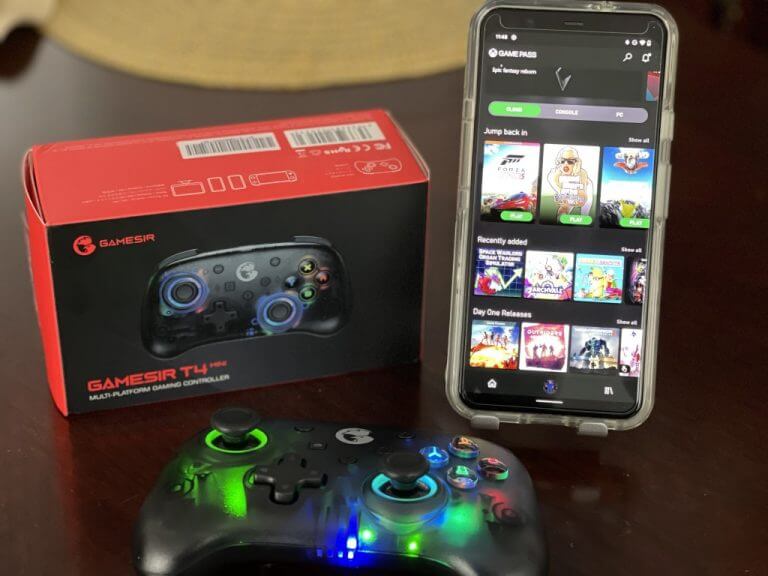 I paired the GameSir T4 Mini with my Android phone, as well as my Nintendo Switch. Pairing on Android is simple, holding down the X and Home button and selecting the controller from the list. To pair with iOS, hit the B and Home buttons. On the Nintendo Switch, meanwhile, you can pair by holding down the pair button on the back, and going to Controllers, Change Grip Order, and entering the pairing interface.

On Android, I fired up Forza Horizon 5 on Xbox Cloud Gaming. After pairing, the controller instantly was recognized, and my inputs were properly registered during my cruise through Mexican streets. I didn't feel any controller lag, and the compact form factor made quick movements with the joysticks quite easy.

As for the Nintendo Switch, the controller worked just as well as my Nintendo Switch Pro controller. I could barely tell the performance difference, other than the size and compactness. In Pokemon Brillant Diamond, where your in-game actions need to be quick, each time the controller delivered me to victory in battle.

The addition of the LED lights even meant I could change up the look of the controller depending on what type of Pokemon I was fighting against. Note that the controller sports support for the same six-axis gyroscope as the Pro controller, if your game supports it.

Overall, the performance of the controller is solid on whatever platform the T4 Mini is used on. Even battery life is great, with the 600 MaH battery going on for at least 12 hours in my tests. It just takes a while to get used to the changes in button layout, since the controller is more catered for the switch for Xbox.

A controller that's worth the price