Forza Horizon 5, one of the most anticipated games of the holiday season will be released next week on November 9, and it marks the comeback of one of Microsoft’s most popular game franchises. This is the first new Forza game since the release of the critically-acclaimed Forza Horizon 4 back in 2018, and it’s also the first Forza Horizon game to be released since Microsoft acquired UK-based developer PlayGround Games back in 2018.

Until the release of Forza Horizon 4 three years ago, Playground Games and Turn 10 Studios used to alternate with a new Forza Motorsport and a new Forza Horizon game every year. However, the transition to a new console generation has affected this well-oiled release cycle. As a result, Microsoft’s next-gen Xbox Series X and Series S consoles only had two “next-gen” racing games at launch, an updated version of Forza Horizon 4 and Codemasters’ Dirt 5, which I personally found quite disappointing.

Just like Forza Horizon 4, Forza Horizon 5 is a cross-gen game that is also being released on Xbox One consoles, but it’s still a big leap forward for the open-world racing franchise. It’s definitely one of the best-looking games you can play on Xbox Series X|S consoles today, featuring the largest open world ever seen in a Forza game. It’s also an excellent casual game for players who aren’t really into racing games, and it remains far more accessible than the pretty demanding Forza Motorsport series.

Every Forza Horizon game is set in a brand new location, and Forza Horizon 5 moves the action from Great Britain to sunny Mexico. This destination is a great choice and a nice homage to one of the rare markets outside of the US where the Xbox brand is very popular. Forza Horizon 5 will launch day one on Xbox Game Pass for Console and PC on November 9, and it will be the last blockbuster Xbox exclusive of 2021 until the release of Halo Infinite on December 8.

If Forza Horizon 4’s Great Britain was quite a departure from Forza Horizon 3’s sunny Australia, Forza Horizon 5 marks the return to a more exotic location. Playground Games’ fictional representation of Mexico features 11 different biomes including deserts, jungles, a mountain with a volcano, as well as beautifully-recreated historic cities. Once again, the Forza Horizon developer really deserves credit for its attention to detail, and the 3 years gap between Forza Horizon 4 and Horizon 5 clearly wasn’t for nothing.

The large open world in Forza Horizon 5 uses a dynamic weather system with a night and day cycle, and the different seasons introduced in Forza Horizon 4 are also coming back. I only got to see the Summer season during the review period, but seasons changes will once again kick off every Thursdays alongside some new limited-time challenges. Seasons will affect the different Mexican biomes in various ways, though again, I can’t wait to see what’s going to happen with the first season change happening later today.

Playground Games has already announced two DLCs for Forza Horizon 5, though there are no details yet. Forza Horizon 3 and 4 had excellent Hot Wheels and Lego-themed DLCs, and I hope that PlayGround Games will once again surprise us with new adventures all types of gamers can enjoy. In the meantime, the Forza Horizon 5 campaign already offers a lot of content, and I feel like I only scratched after playing the game for 20+ hours. 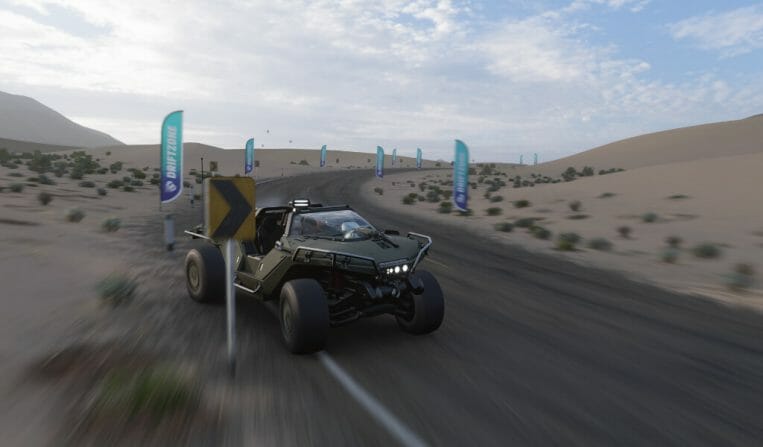 Microsoft’s Xbox Series X and Series S consoles launched without killer exclusive games last year, and I feel like the company has finally started to deliver this year. The updated version of Forza Horizon 4 was a very nice upgrade with a 4K at 60FPS performance target on Xbox Series X, but Forza Horizon 5 has once again showcased PlayGround Games’ real talent for creating immersive and photorealistic open worlds.

I played Forza Horizon 5 on both my Xbox Series X and Series S consoles over the past week, and I’m happy to report that performance is excellent on both consoles. Players get to choose between Quality and Performance modes, and I think that Forza Horizon 5 is one of the rare racing games that don’t feel too uncomfortable playing at 30FPS.

I didn’t get the chance the play Forza Horizon 5 on Xbox One consoles, but the game targets 1080p at 30FPS on Xbox One S and 4K at 30FPS on Xbox One X. Unfortunately, there’s no 1080p/60FPS option on the latter even though Forza Horizon 4 had that. We’re probably going to see fewer and fewer games being truly optimized for the Xbox One X going forward, and this is probably going to make the Xbox Series S an increasingly interesting upgrade for gamers still on last-gen Xbox consoles.

So far, Forza Horizon 5 is one of the current-gen Xbox games that impressed me the most alongside Microsoft Flight Simulator. You do lose some details and clarity when moving from the Xbox Series X to the Series S, but the latter still impresses for a $300 machine. This is quite anecdotal, but both the Series X and the Series S also support ray-tracing in the game’s “Forzavista” vehicle viewer mode, which you can access at the different Festival sites or homes you can purchase in the game. 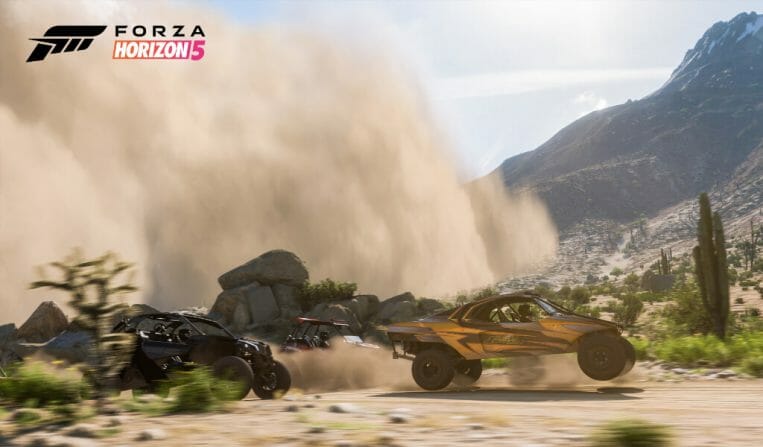 If you’ve played previous Forza Horizon games before, Forza Horizon 5 will feel instantly familiar. Following a blockbuster introduction sequence, you’ll reach the first Horizon Festival site and you’ll be able to freely explore the game’s open-world soon after. The progression system in Forza Horizon 5 is based on Accolade points, which you can earn by doing literally everything in the game including discovering new locations, smashing objects in the environment, participating in races, and obtaining new cars.

Speaking of cars, Forza Horizon 5 offers over 500 cars at launch, and the game uses the Mercedes-AMG One and 2021 Ford Bronco Badlands as its cover cars. You can also earn exclusive vehicles such as the iconic DeLorean DMC-12 by completing weekly challenges, and you may also want to look for the 14 cars hidden in barns in the Mexican open world. Some of these “Barn finds” have a unique vintage charm such as the old Ford F-100 pickup truck from 1956, or the  first-gen Chevrolet Corvette from 1953. 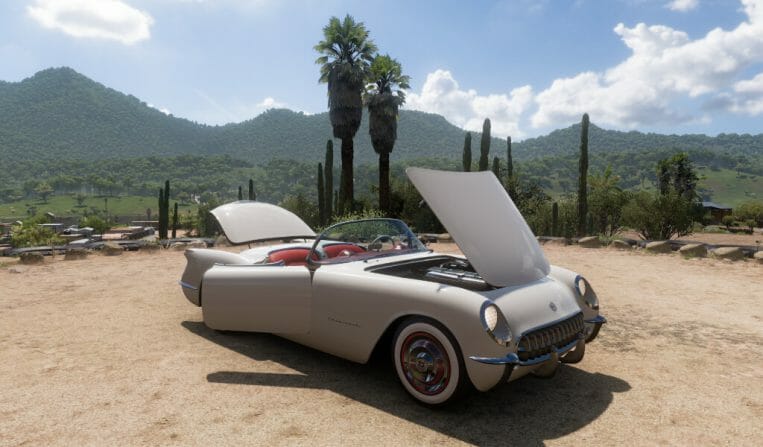 Every car in Forza Horizon 5 can be customized with body kits, wheels, paint options, and more. There’s some good fan service for Halo fans as well with the classic Warthog armored fighting vehicle being available for purchase in the game. By default, damage in Forza Horizon 5 is only cosmetic and it’s really fun to smash your vehicle into various things or jump off from massive cliffs without completely destroying your car. Driving in Forza Horizon 5 is pretty easy, and you can still hit the rewind button anytime when you want to avoid an obstacle or improve your trajectory.

On Xbox Series X and Series S consoles, loading times are almost instantaneous, which is really convenient when you want to use the map to teleport yourself to another location. Compared to Forza Horizon 4, the game’s menus have also been simplified and it’s now easier to browse your car collection or check your progression in the game. It’s also easier to see the other online players on your server, though you can still opt for the “Horizon Solo” experience and play the game offline.

As you’ll gain more Accolade points in Forza Horizon 5, you’ll unlock new Horizon outposts and activities, and I have yet to complete everything the game has to offer: Between all the different types of races, seasonal events, showcases, and expeditions, there’s really a lot to do in the open world, and you can also use the game’s Eventlab to create custom races, challenges, and stunts. The matchmaking mode also offers pretty much the same options as Forza Horizon 4, and the Battle Royale Eliminator mode has made its comeback. However, the competitive ranked races are gone, which will probably be disappointing for hardcore gamers. 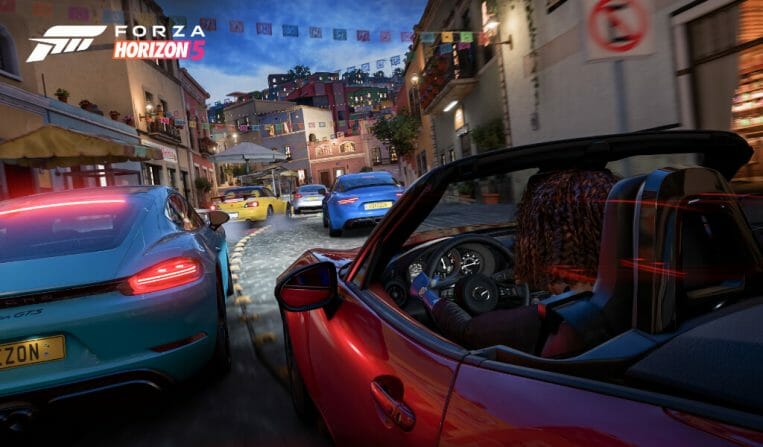 A bigger focus on storytelling

Forza Horizon 5 is PlayGround Games’ most ambitious Forza game, and it’s pretty clear that the studio spent a lot of time crafting a faithful recreation of Mexico. In many ways, Forza Horizon 5 also puts a bigger emphasis on storytelling, with more dialogues and secondary characters. For the first time in the series, your character gets its own voice and dialogue lines, though I still find it hard to care about this fictional Horizon festival and what its participants have to say.

Some of the missions in Forza Horizon 5 do a pretty good job at showcasing the Mexican culture, giving players the opportunity to explore Mexican ruins and other landmarks. Just like on Forza Horizon 4, there are also some “Stories” missions with different chapters involving secondary characters. Some of them are really good, but I’ve often found the interactions with secondary characters quite forgettable, with the dialogues sometimes being not far from being cringeworthy.

If there’s one area where I think PlayGround Games still has some room for improvement, this is probably storytelling. You can safely ignore all the dialogues in Forza Horizon 5 if you want to, though I can’t help but think that this beautiful open-world is missing something that would make it feel more real. I definitely enjoyed my time with Forza Horizon 5 so far, but I’d like to see the studio take a bit more narrative risks in future episodes. 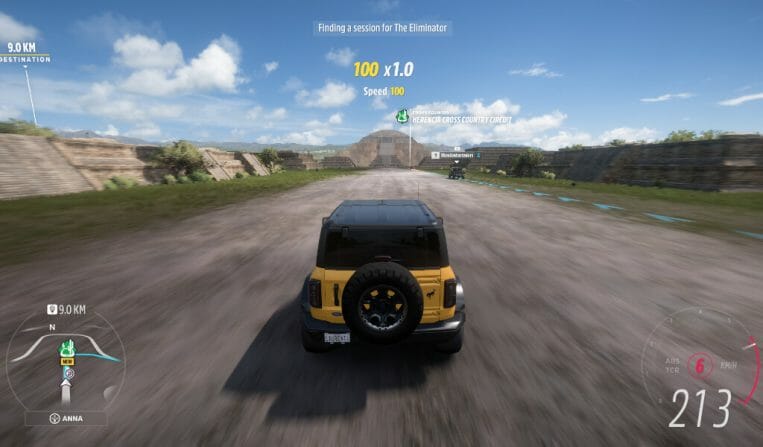 Microsoft’s Xbox Game Studios division has been on a roll these past couple of months and the company’s game roadmap has never looked better. We recently had critically-acclaimed exclusives with Microsoft Flight Simulator and Psychonauts 2, and I expect Forza Horizon 5 to be in a lot of GOTY conversations this holiday season. Forza Horizon 5 is the best game in the series and another essential release from PlayGround Games, and it sets a pretty high bar for the upcoming Forza Motorsport 8 from Turn 10 Studios.

In many ways, Forza Horizon 5 can feel like more of the same, but the graphics are truly stunning on Xbox Series X and the gameplay is still just as addictive as ever. Playground Games has definitely cemented its place as one of the best studios Microsoft acquired in recent years, though I’d love to see the studio try something a bit different with its future games.

As you may know, the British studio is currently working on a reboot of Fable, the cult-classic RPG series created by the defunct Lionhead Studios. The reboot was announced last year with a short cinematic trailer, and it will be interesting to see what a studio with no prior RPG experience can do to revive this franchise. I haven’t been impressed by Playground Games’ attempts at storytelling in Forza Horizon 5, though the excellent gameplay ultimately makes that pretty easy to forgive.

Forza Horizon 5 will be released on November 9 on Xbox consoles, PC, and Xbox Game Pass, and the game is already available for pre-loading on the Microsoft Store. If you don’t want to wait, early access starts tomorrow for those of you who purchase the game’s Premium Add-ons bundle. The $49.99 package ($45 for Xbox Game Pass members) includes the Welcome Pack, Car Pass, VIP Membership, and access to the game’s two DLCs when they become available.