Field of View: Here’s what you’ll see when you put on a HoloLens 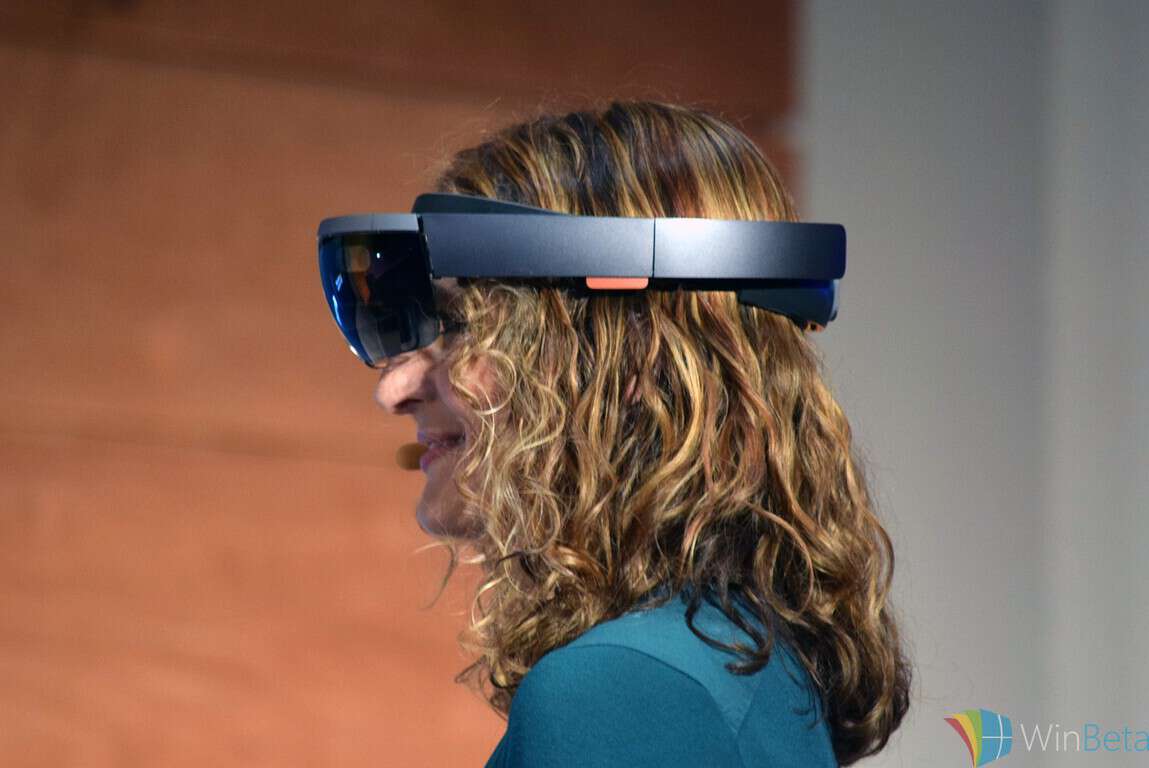 In case you haven’t been following along at home, here’s a quick history lesson: In January of last year, Microsoft unveiled the HoloLens at a press event held on the Microsoft campus. After the presentation, tech writers and analysts were taken downstairs to participate in the first public demo of the HoloLens technology.

At that event, the HoloLens we experienced was an engineering prototype. Rather than the sleek wireless headset you see now, the first sample HoloLens was tethered to computers via a thick set of cables coming from the ceiling, and included a processing unit about the size of a phone book that hung from your neck.

But in that demo, the field of view, that is, the view you see of holographic images in front of you, was significantly larger than it is today. It was an immersive experience.

The next time we experienced the HoloLens, at Build, things had changed. The engineering units were gone, but so was the fully immersive experience. Instead, what we saw was a letterbox of a floating image in front of us. You can get a feel for what that looks like now in Microsoft’s videos and images of the HoloLens experience, but back at Build, the company was showing one thing in demonstrations, and another to the rest of the world, apparently from the Image Capture feature announced today:

Since then, and after quite a bit of grousing by tech pundits about the field of view “problem”, Microsoft has made a switch in their promotions and now show a more realistic view of what you’ll see when you put on one of the devices: 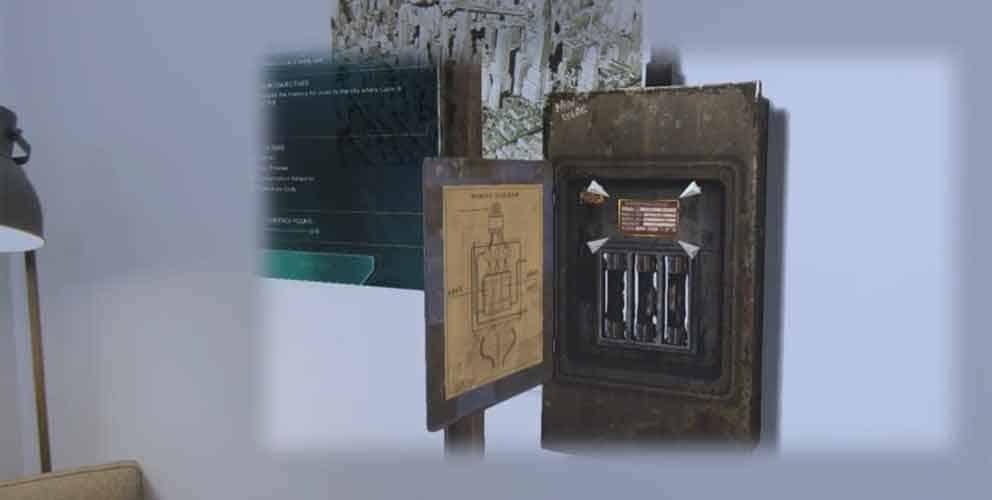 (both images taken from the HoloLens Fragments video, released today)

As to why Microsoft narrowed the FOV, the company hasn’t said but there are a number of possible explanations. One is that there is an effect of bombarding your eyes with light, especially from the side of the eyes, that can make users physically sick (they feel nauseous). This isn’t a problem with just the HoloLens, but with many VR devices, and narrowing the FOV mitigates the issue.

There also could be a processing power component. Microsoft is touting the “holographic density” of the HoloLens Development Edition devices, set at 2.5K radiants, with more radiants meaning more intense colors and brighter objects. Narrowing the field of view means that more radiants can be packed into the smaller space for the same amount of computing power, and indeed our first engineering samples were considerably less bright than the current units.

Whatever the reasons, the field of view is narrower than you’ll probably want. In attending the demos (I was at the first event in January, at Build, and experienced HoloLens one more time at a Developer Experience event in October), the thing that struck me most about the field of view problems was not that the screen was too small, but what happens when you want to change the field of view.

Think of a screen floating in front of you, like holding your smartphone about 6 to 8 inches in front of your face. Now think of that phone locked in position, so that when you move your head, the screen in front of you moves, too, which is exactly the way the HoloLens works. 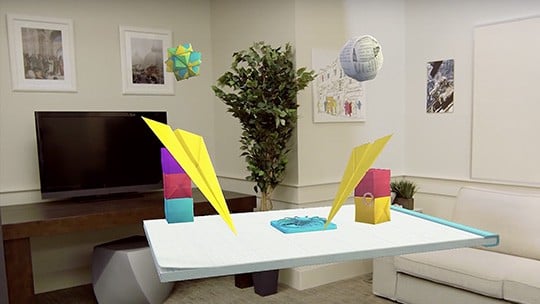 So far so good. Now even though you’re not fully immersed, you have a pretty cool image in front of you. But you’re not watching a movie, you’re engaged in an immersive experience. Say you’re watching one of those balls Microsoft has demonstrated, falling to the floor. The ball drops, hits the floor, and rolls around, “knowing” where the floor is and what objects it hits along the way.

But here’s the problem, when that ball drops, it drops out of your current field of view, and you don’t instinctively move your head to follow its progress, you *move your eyes*. When you do that, you change your focus away from the screen, and lose the holographic experience. In order for things to work properly, you need to keep your eyes front and move your head to follow any movement off the screen, but that’s going to be a non-instinctual thing to learn.

We’ve only had a few minutes with the HoloLens, and have no idea how easy it will be to retrain our eyes and head to move to the movement “inside” the HoloLens, or if the current field of view is what consumers will finally experience. We’ll be interested to see what developers have to say about field of view once they get their hands on the devices, beginning March 30th.