Cutting the cord: how Continuum saved my bacon 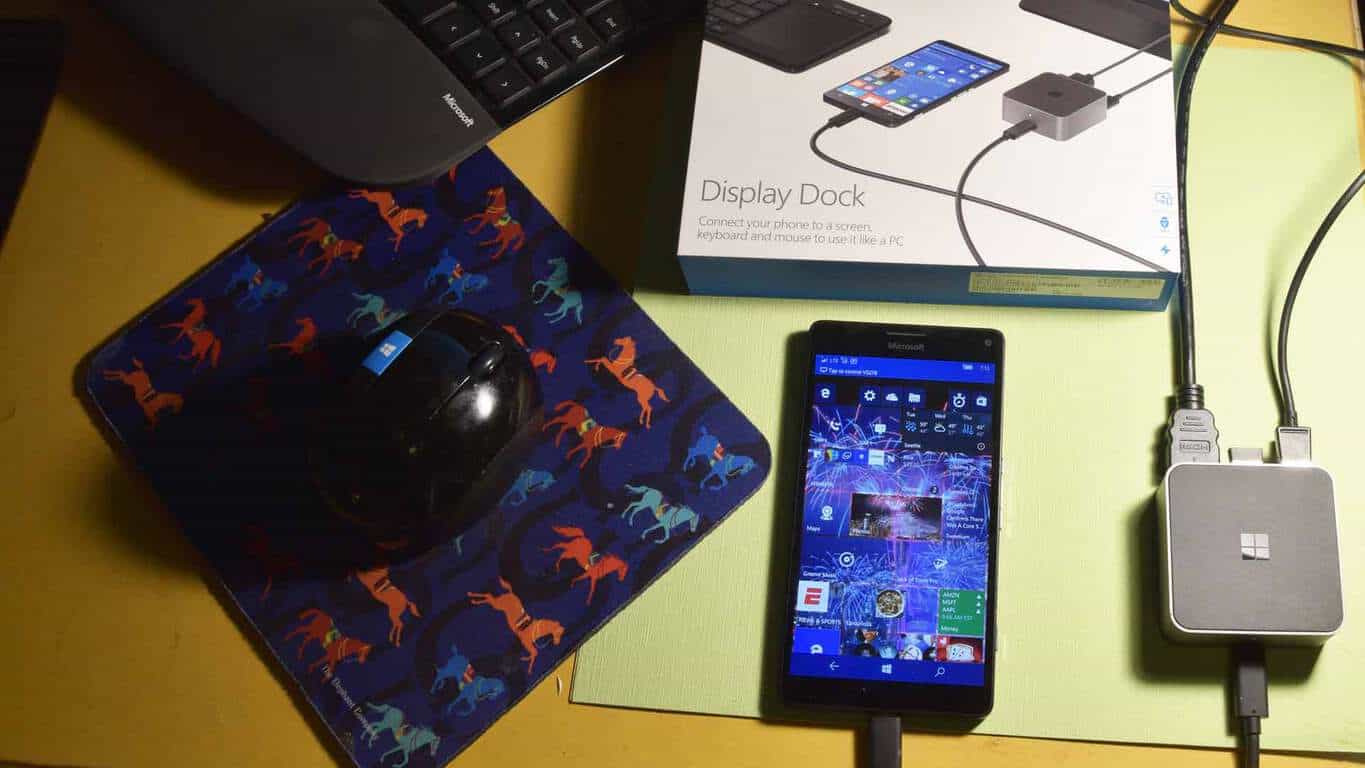 If you live in Seattle, when there’s a nice weekend in January, you go outside, it’s kind of like a law. Last weekend was nice, and so out came the shovels and the rakes and in an unfortunate choice, the hedge trimmer.  You see, I have a honeysuckle climbing up our chimney, and it was getting a bit unruly, so it was a good quick project: whack that thing back down to size.

Well it’s all trimmed up now, but remember that coax cable running to the cable router that runs around the chimney? No, neither did I. A quick trip to Lowe’s to get some F-connectors to try to splice the cable back together didn’t pay off, I tried twice and still couldn’t get a signal (I was using the quicky twist on connectors as I didn’t want to buy a crimping tool just for this one shot deal). 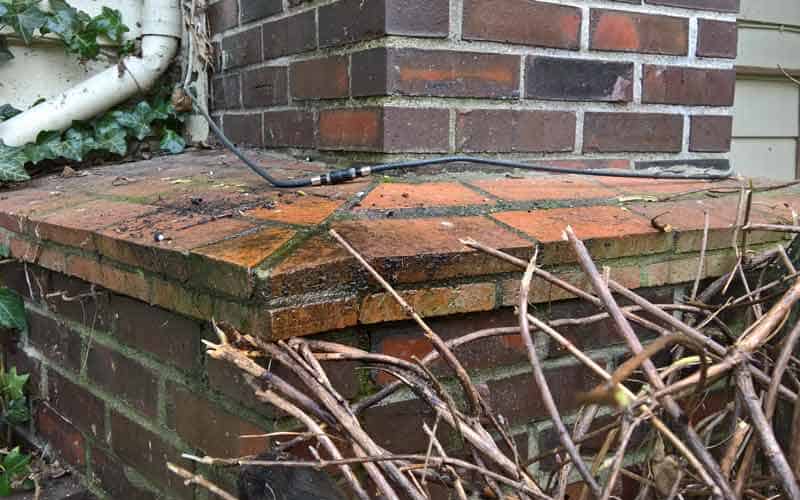 The newly trimmed honeysuckle and the now-fixed coax

My next thought was to connect my Surface Pro 3 to the Lumia 950 XL via a mobile hotspot, but AT&T hasn’t enabled hotspots for Windows 10 Mobile/ my unlocked 950 XL, so that was out. Not really wanting to get up at 5am on Monday morning and head for a Starbucks in time to get to work on covering the latest news for WinBeta, I looked around for another solution.

Of course! The Display Dock! I could patch in an HDMI cable to one of my monitors, plug in my phone and the dongles for my wireless keyboard and mouse, and work from home!

Well it wasn’t quite that simple, but in the end I came away impressed with the Display Dock, and with Continuum. The cable guy came out within 2 days to fix the cable, and everything worked out fine, eventually.

This should have been a simple process, but due to a wonky USB-C socket on the 950-XL (would love to hear if any of you have issues with the USB-C connection), this part took some messing around. At first I wasn’t sure that anything was working at all, as I could only get a black screen on the monitor. After a couple of cord changes to make sure, I found that by wiggling the USB-C cable just right (I was using the one that came with the Display Dock), I could get the phone to connect to the system.

This is not optimal, of course. On my 950 XL, anyway, the USB C cable falls out if you look at it wrong, and that’s a problem. For one thing, it negates picking up the phone and using it to control what’s on the screen, but I wasn’t looking for optimal, I just needed to get online first thing Monday morning. So I set up the Display Dock, carefully wiggled the cable til the connection was made, and backed away slowly.

It’s important to understand that I wasn’t comparing using Continuum to using a desktop, or a Surface with LTE, I was just trying to get online with something other than my phone, as I suck at thumb typing. Having a real keyboard is real important to me. Having multiple tabs open and easy to get to is also important. On my regular desktop setup, I have multiple screens and then multiple tabs open on Edge, or Chrome, or IE, or all 3. With Continuum, I set up Edge tabs for our CMS, email, Feedly, Twitter, and our chat client, and while being relegated to a single screen was also not optimal, it was a vast improvement over trying to manage all of that on my phone.

Edge (and apps in general) behaved slightly differently on Continuum. As you know if you use a Windows Phone, the browser is a lot more likely to open tabs than close them, and connecting my phone to Continuum immediately drove home just how many tabs were open (ie: lots). There’s no “close all tabs” button, nor is there one to close apps, like you see on Windows 10 on the desktop. After I closed out the tabs I wasn’t using, though, and was a bit more diligent about closing tabs when I was done, I had a workable system of switching between the (almost all web-based) applications I needed. It may not have been pretty, but it worked! 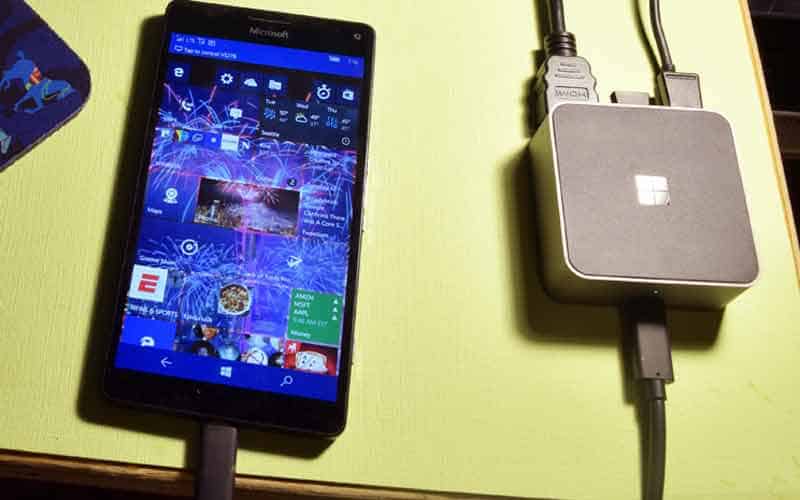 The Display Dock connected to phone, and to keyboard and mouse with wireless USB dongles

A note on Edge and performance: it generally sucked. Sites with even a normal amount of advertising slowed to a crawl, and while some of that may have been due to the LTE connection, it’s safe to say that Edge has a long way to go before it’s a solid workhorse browser, especially on mobile, and especially on Continuum. For now, though, again, it worked (barely).

But here’s the thing: I woke up on Monday morning, plugged my phone (carefully) into the Display Dock, fired up Edge with my mouse, and I was working. I had a full keyboard, a mouse a 27″ monitor, and a data connection through AT&T. Hedge trimmer be damned!

As I said, almost everything I accessed was a web-based app, through Edge. If you’re expecting to connect the Display Dock to a monitor/keyboard and do everything you can do on your phone, that’s not the way it works. Many/most of the apps on my phone don’t work in Continuum, and it may be quite a while before most of them do. For my purposes, using the web worked well. If your workflow depends on accessing apps, you may be disappointed. 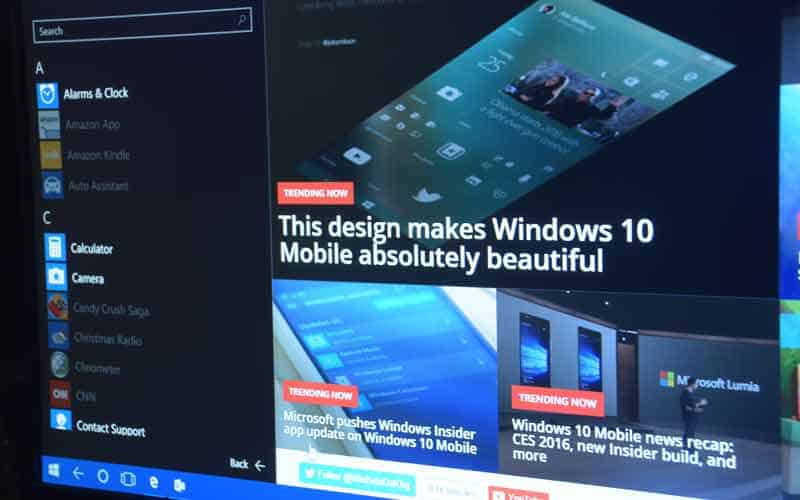 Even if Edge worked better, using a phone and data connection isn’t really sustainable, but for a few days of sucking up data in an “emergency”, it was acceptable. I used just about .5 GB of data per day on my 2GB AT&T plan (plus rollover minutes, this month I’m up to 2.7 GB), so while obviously sustaining that would add up quickly, for a short burst it wasn’t too bad. Even still, if I had to, I would have paid extra to stay online, but my little faux pas ended up not costing me anything extra in terms of data consumption.

All in all, connecting a Windows 10 Mobile device through the Display Dock to use Continuum saved the day. The time I spent waiting for Edge to load pages was far less than the travel time to the nearest Starbucks. Would I pack a Display Dock as an alternative to a laptop when travelling (like I’ll be doing in March for Build)? That depends on how bad the hotel internet is, I suppose. I may well bring the Display Dock just in case, but for now, that’s what it is, a “just in case” device.

I’ve been meaning to try out the Display Dock and Continuum for weeks now, and while it wasn’t a perfect experience, I was able to complete tasks and make progress using only my phone as a computer. That’s an almost inconceivable effort from even just a few months ago. In this case, without being able to tether, Continuum gave me full access to a monitor, keyboard, and mouse, significant computing power, and a data connection, all through my phone.

Luckily, it’s back to raining in Seattle, the norm for January, and I’ve hung the hedge trimmer back in the garage where it belongs. But thanks to a sunny Seattle weekend, I was able to put Continuum through its paces, it was fun!