Over the years, Microsoft has launched a myriad of solutions for taking notes, manage tasks, and create reminders. Outlook power users know that it’s possible to do all this and more in the all-in-one desktop app, but the growing importance of mobile devices has also led app developers to explore leaner, task-focused apps.

As you may know, Microsoft also acquired many productivity apps in recent years, with mixed results: The email and calendar apps Acompli and Sunrise have helped Microsoft build a solid Outlook Mobile apps on iOS and Android, but it all seems like the acquisition of task manager app Wunderlist didn’t really benefit Microsoft, which started from scratch with its new To-Do app.

In recent months, we’ve seen Microsoft consolidate its different task manager solutions around the Microsoft Exchange sync engine. This is really good news for consumers, though it’s still easy to be lost between Outlook, OneNote, Sticky Notes, or Microsoft To-Do. Please bear with us while we go through all these different apps and how they now work with each other.

Outlook remains a very important app for Microsoft, as the versatile personal information manager can still be used to manage emails, calendars, contacts, tasks and notes. Outlook works best with accounts that sync via Microsoft Exchange, such as Outlook.com or Office 365 accounts, but it’s not so great for everything else. 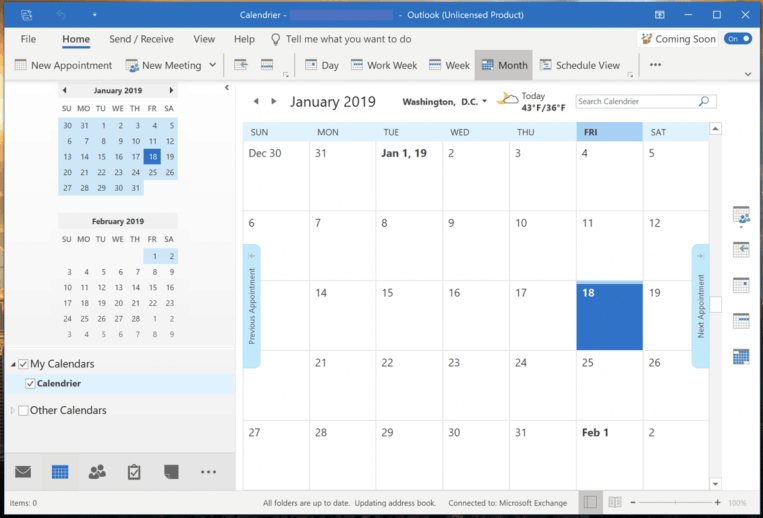 While Outlook on Windows and Mac are all-in-one apps, the Outlook mobile apps for iOS and Android have some limitations, and they currently don’t let you access Outlook notes and tasks. That’s not necessarily a bad thing, as task-focused apps are probably better on mobile devices. And fortunately, OneNote and Microsoft To-Do both have some pretty great mobile apps.

OneNote holds a special place in Microsoft’s galaxy of Office apps. The app is free to use, which has helped Microsoft compete against other note-taking apps like Evernote. Compared to the basic Notepad app on Windows, OneNote lets you add charts, images, videos, and even voice notes. The app also allows you to share online notebooks with other people, and Microsoft also added a lot of education features over the years.

Unfortunately for power users, OneNote 2016 for Windows, the most advanced version of OneNote, is no longer being developed, though it will still be supported for many years. This legacy apps has unique features including synergies with Outlook, letting you transform notes into Outlook tasks, and vice versa. From the Outlook Windows app, you can even transform email and calendar events into OneNote items, if that’s something you need.

The new OneNote for Windows 10 app doesn’t have these integrations with Outlook for now, though it works much better with touch and is a bit simpler to use. Unlike OneNote 2016, it also doesn’t support local notebooks and requires you to sync all your notes in the Microsoft cloud, and that’s likely to be an issue for some users.

If OneNote is a versatile solution for taking notes, it’s probably way overkill for most consumers, and Microsoft seems to be aware of it. Fortunately for Windows 10 users, Microsoft’s Sticky Notes app has become a very interesting alternative in recent months.

Just like Notepad, Sticky Notes doesn’t require a Microsoft account to be used. The app’s killer feature is probably the fact that it lets you move note windows around on your desktop, so you can place notes to see them at a glance. The app also supports Pen input, and you can also choose a highlight color for each of your notes. 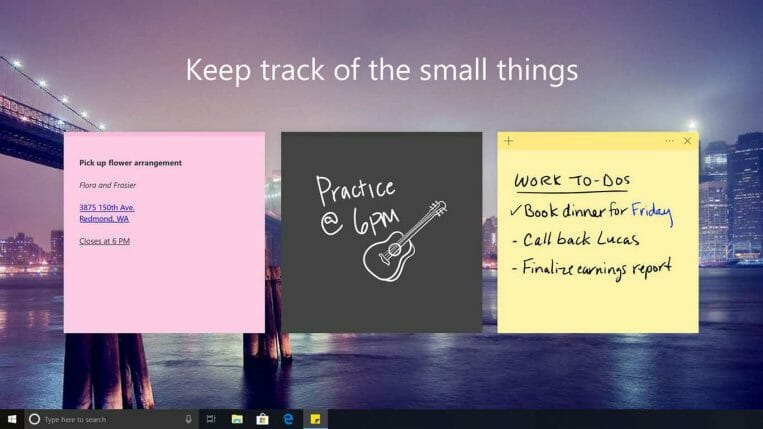 The version 3.0 of the app recently added a cloud syncing feature with Microsoft accounts, and this is all done via Microsoft Exchange. As a result, your Sticky notes are now synced with Outlook, which pretty much makes the UWP app a modern client for Outlook Notes. Moreover, Sticky Notes are now available on the web, as well as the OneNote apps for iOS and Android.

Last but not least, when you add a time or date to a note, you can click on it to create a Cortana reminder. Those used to live in their own universe next to Outlook tasks and Microsoft To-Do scheduled tasks, but not anymore. And that’s a perfect transition for the last app we’ll cover in this piece.

Microsoft To-Do doesn’t ship with Windows 10 yet, but it’s already set to become a very important productivity app for Microsoft. Instead of leveraging its Wunderlist acquisition, Microsoft preferred to launch a brand new task manager app, and it took some time for To-Do to become a worthwile replacement. Thankfully, it all changed when Microsoft To-Do started syncing with Outlook and Cortana reminders, making the app the central hub for all your tasks.

These synergies with other Microsoft services are great, but Microsoft To-Do still keeps some exclusive features like lists sharing, support for hashtags and sub-tasks, as well as inking and Live Tiles support on Windows 10. Microsoft To-Do is also ubiquitous with a web app, mobile apps for iOS, Android and Windows 10 Mobile, and a macOS app is also in the works.

The magic of Microsoft Exchange

Overall, there are still many different ways to create notes, tasks or reminders using Microsoft services, and it certainly take some time to figure out what works best for you. The best thing is that thanks to Microsoft Exchange, you don’t actually need to use Microsoft’s apps to create notes, tasks and reminders that will live in the Microsoft cloud. On iOS and macOS, as an example, you can access all your Microsoft To-Do tasks or Outlook Notes/Sticky Notes from Apple’s own Notes and Reminders apps, and this works for both Outlook.com and Office 365 accounts. 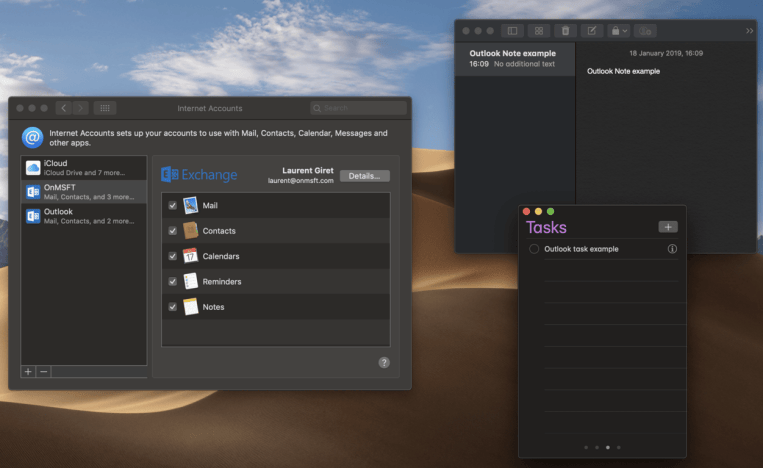 Microsoft Exchange and Microsoft’s apps being ubiquitous both make it really convenient to live in the Microsoft ecosystem. The company still needs to do a better job at explaining the different synergies between Outlook, OneNote, Sticky Notes, and Microsoft To-Do, but that’s now the responsability of the Notes and Tasks (NoTa) team, which is now led by Microsoft Vice President & Technical Fellow Laura Butler.