Andrzej Sapkowski’s fantasy series is one of the latest in the genre to get the Netflix treatment. Though in reality the show probably takes equal amounts of inspiration from both the books and CD Projekt Red’s acclaimed video game adaptations. To be sure, fans of either can find much to love in this streaming series from showrunner Lauren Schmidt Hissrich, who also served as producer on Marvel’s Daredevil, Marvel’s Defenders, and The Umbrellas Academy, among other shows.

The Witcher follows the saga of the title hero, Geralt of Rivia. Geralt (played by Henry Cavill) is a monster hunter endowed (or perhaps cursed) with supernatural abilities. The show features the sorceress Yennefer (Anya Chalotra) and Princess Ciri (Freya Allan), whose destinies are closely intertwined with that of Geralt. Also part of the show’s cast are Eamon Farren as The Black Knight, and Joey Batey as Geralt’s friend and traveling bard, Jaskier. Anna Shaffer portrays the sorceress Triss Merigold, Kim Bodnia plays Geralt’s mentor Vesemir, and MyAnna Buring is Tissaia de Vries.

Seasons 1 and 2 of The Witcher are currently available on Netflix, and comprise eight episodes each. Shooting for Season 3 began in April 2022 and wrapped up in early September, and is currently in post-production at the time of this writing. Also set for a 2022 release is a prequel miniseries titled The Witcher: Blood Origin.

All episode images and synopsis data via netflix.com. 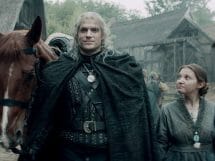 Hostile townsfolk and a cunning mage greet Geralt in the town of Blaviken. Ciri finds her royal world upended when Nilfgaard sets its sights on Cintra. 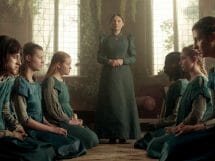 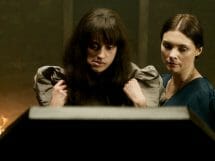 Geralt takes on another Witcher’s unfinished business in a kingdom stalked by a ferocious beast. At a brutal cost, Yennefer forges a magical new future.

Episode 4: Of banquets, bastards and burials 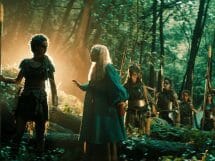 Against his better judgment, Geralt accompanies Jaskier to a royal ball. Ciri wanders into an enchanted forest. Yennefer tries to protect her charges. 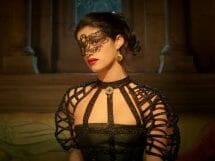 Heedless of warnings, Yennefer looks for a cure to restore what she’s lost. Geralt inadvertently puts Jaskier in peril. The search for Ciri intensifies. 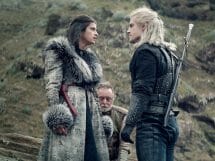 A mysterious man tries to entice Geralt to join a hunt for a rampaging dragon, a quest that attracts a familiar face. Ciri questions who she can trust.

Episode 7: Before a Fall 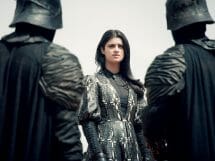 With the Continent at risk from Nilfgaard’s rising power, Yennefer revisits her past, while Geralt reconsiders his obligation to the Law of Surprise. 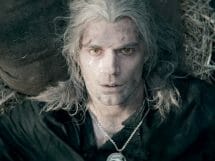 A terrifying pack of foes lays Geralt low. Yennefer and her fellow mages prepare to fight back. A shaken Ciri depends on the kindness of a stranger.

Watch the season 1 trailer on Netlflix.com!

Episode 1: A Grain of Truth 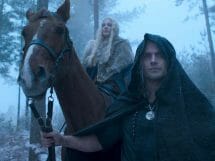 Geralt sets off with Ciri on a journey that leads him to an old friend. After the Battle of Sodden, Tissaia shows no mercy in her search for information. 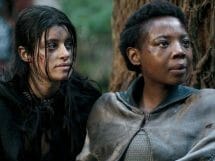 Seeking a safe place for Ciri, Geralt heads for home, but danger lurks everywhere — even Kaer Morhen. Yennefer’s dreams could be the key to her freedom.

Episode 3: What is Lost 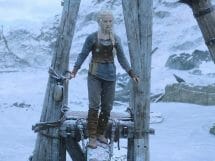 Impatient with Geralt’s methods, Ciri braves major obstacles to prove her mettle. Scheming and suspicion among the Brotherhood make Yennefer a target. 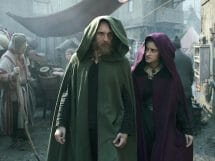 A guest at Kaer Morhen extends a guiding hand to Ciri — and an invitation to Geralt. On the run in Redania, Yennefer seeks safety below ground.

Episode 5: Turn your Back 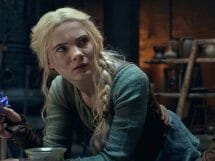 As a powerful mage joins the hunt for Ciri, she cuts a deal with Vesemir over his extraordinary discovery. Geralt explores the mystery of the monoliths. 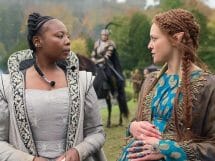 A close friend is lost — and another found — as Geralt helps Ciri learn more about her power. Cahir warns Fringilla to focus on their primary mission. 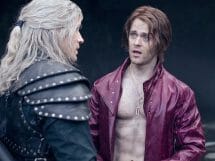 Geralt turns to a humble bard for help, Yennefer realizes just how special Ciri is, and tensions rise on the eve of Emperor Emhyr’s visit to Cintra. 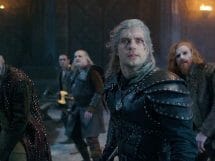 Geralt faces off with a demon targeting his nearest and dearest while the most powerful players on the Continent ramp up their pursuit of Ciri.

Watch the season 2 trailer on Netflix.com!

If you haven’t checked out this series, there’s no better time to start than right now. Especially if you are a fan of fantasy or just good TV in general. And no: you don’t need any prior knowledge of the books or even the games to get started. Just fire up your Netflix account and dive right in.

Discord Voice now available to everyone on Xbox Consoles

The Sims 4 goes free-to-play starting October 18, with a bonus for Game Pass members