Based on the classic video game series of the same name, Castlevania is widely regarded as one of the very best video game-to-television adaptations ever. And it is the show that kickstarted the current trend of bringing video games to TV.

Originally conceived as a film, Castlevania was written by British comic book writer and screenwriter Warren Ellis, and produced by Powerhouse Animation Studios. After years of development purgatory, the show was picked up by Netflix in 2015. Upon release in 2017, the first season was well-received and garnered praise for its writing, visuals and voice acting.
By the second season, the show had an estimated viewership surpassing 30 million viewers and became one of Netflix’s most successful animated series to date.

As critics have put it: “Castlevania sinks its fangs into vampiric lore during a devilishly fun second season that benefits from an expanded sense of scale and episode tally that allows the series to fully spread its leathery wings.” Castlevania currently enjoys a 94% “average tomatometer” score and an 89% average audience score on Rotten Tomatoes. It was the first video game television adaptation to get a “Fresh” rating on the site. 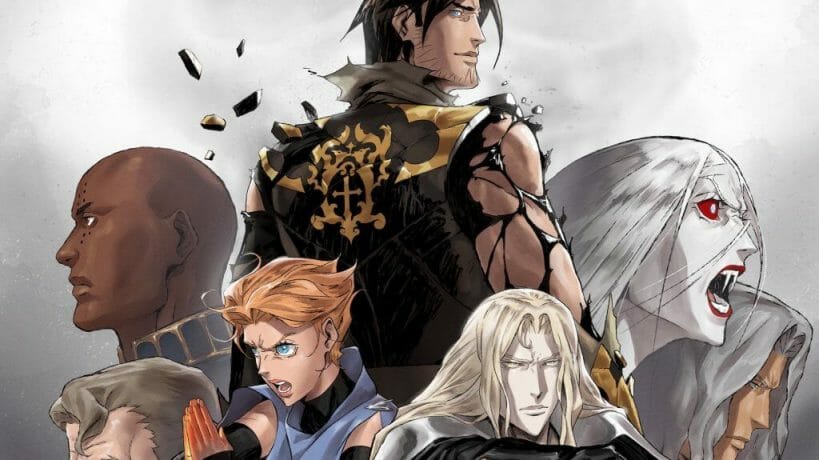 Castlevania follows the story of an outcast vampire hunter named Trevor Belmont. Along with the mage Sypha Belnades and the dhampir Alucard, Trevor sets out to destroy the vampire Count Vlad Dracula Țepeș, who declares war on the people of Wallachia when his wife, Lisa, is mistakenly executed as a witch.

The last surviving member of a disgraced clan fights to save Eastern Europe from Dracula. Inspired by the classic video game series.

As Dracula and his legion of vampires prepare to rid the world of humanity’s stain, an unlikely trio of heroes dares to stand in their way.

Belmont and Sypha settle into a village with sinister secrets, Alucard mentors a pair of admirers, and Isaac embarks on a quest to locate Hector.

If you haven’t checked out Castlevania by now, you should hop on over to Netflix and remedy that immediately. And you don’t need prior knowledge of the long-running video game series to enjoy it.
A follow-up series to be titled Castlevania: Nocturne, is officially in production.

All we know at the present is that the show will feature characters Richter Belmont and Maria Renard, and will reportedly be set against the backdrop of the French Revolution in the late 18th century. It appears as though Warren Ellis will not be returning as script writer, nor will Castlevania showrunner Adi Shankar be reprising his role as executive producer for the sequel.