Best games and apps to get you started with Windows Mixed Reality - OnMSFT.com Skip to content
We're hedging our bets! You can now follow OnMSFT.com on Mastadon or Tumblr! 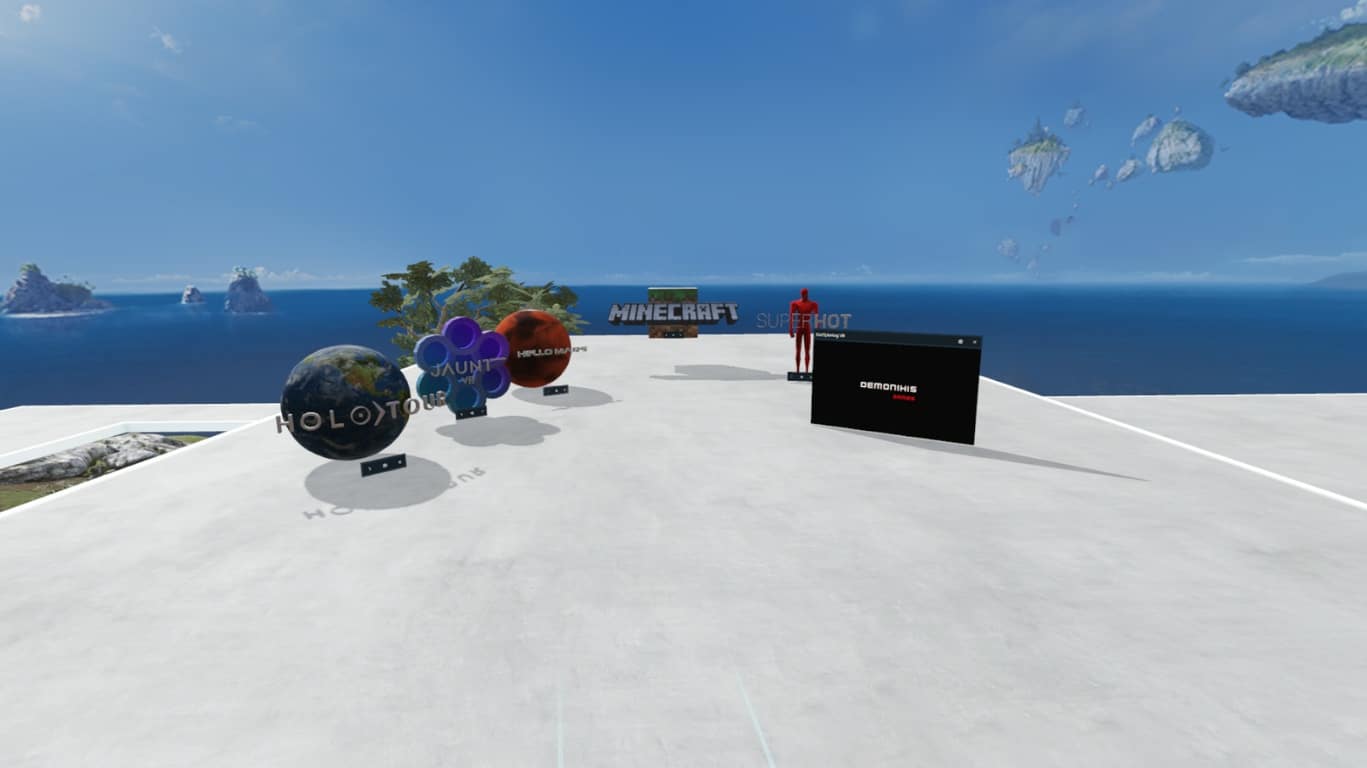 If you recently purchased a Windows Mixed Reality headset or hope to get one soon, there is already a nice selection of apps and games you can download to your Windows 10 PC to be used with your headset. In the weeks following my unboxing post, I've been playing with the Lenovo Explorer headset, what follows is a look at some apps and games to get you started with Windows Mixed Reality.

Mars is the next frontier in space exploration, and Hello Mars is a great virtual experience to put yourself right in the middle of it all. This app is also the perfect way to showcase the power of Windows Mixed Reality to your family and friends, bringing together the 3D data from NASA's public data and research for Mars exploration into a fully immersive experience. You get to experience a Mars landing sequence, complete with real-time rendered graphics and spatial sound effects. Plus, you also can learn more about space crafts and other Mars missions via the in-app showroom.

An app created by Microsoft special for Windows Mixed Reality, HoloTour offers up a similar experience to Hello Mars. It's another great entry point into Windows Mixed Reality, allowing you to explore the beauty of Rome and see hidden secrets in Machu Picchu. You can move around in the real world to interacts with elements in the tour, and also experience 360-degree video, spatial sound, and holographic scenery for a truly authentic virtual vacation feeling.

Although Microsoft's Movies & TV app is a great place to find immersive 360-degree videos and other content, Jaunt VR is another great app for the same type of content. Jaunt VR offers up some much more premium cinematic virtual reality experiences, be it walking with Penguins, checking out New York City in 1926, and much more.

At first, you get placed in a room with Minecraft playing on a virtual 2D tile, but you can press down on the left thumbstick on the Windows Mixed Reality Controller to enter the fully immersive experience. Overall, things are pretty solid, but there is an occasional lag, as the entire Minecraft in Windows Mixed Reality experience is still in beta. Still pretty cool, regardless.

Superhot VR is a unique slow-motion FPS game where your in-game enemies and in-game time won't move towards you unless you start moving first. This makes the game very strategic, as you'll need to dodge bullets and other items by moving around in the real world. There's also the occasional point where you'll have the chance to use the motion controller and grab and fire a weapon at enemies, making things pretty intense. Keep in mind, though, that one wrong move will mean your sudden death, as there are no regenerating health bars on this game.

On the Surface, GunSpinning VR seems like a classic wild west rail shooter, but trust me, it's anything but. In the game, things take a turn for the worse when a flying disc appears and leaves zombies and aliens all over town. You are tasked with killing all the aliens and zombies and saving the town. Be sure to be fast, though, as zombies will come out of nowhere, sometimes attacking you right as you reach for your virtual gun to refill the ammo.

Of course, I can not highlight all the apps and games for Windows Mixed Reality, as there is plenty more other than what I've listed above. Feel free to search "Windows Mixed Reality" now in the Microsoft Store to find other great apps. Also be reminded you can check out the "New for you" Microsoft Store bag in the virtual cliffside house to find other great content.

For an even broader library of games, you also can check out SteamVR for Windows Mixed Reality. This is only recommended for top of the line PCs with GTX 1070 graphics card (or equivalent) and an Intel Core i7 processor. Also, the SteamVR for Windows Mixed Reality experience is still in beta, so keep this in mind, as crashes and bugs will be common.

Happy downloading, and do drop us a comment below if you've found a favorite app we didn't highlight above!