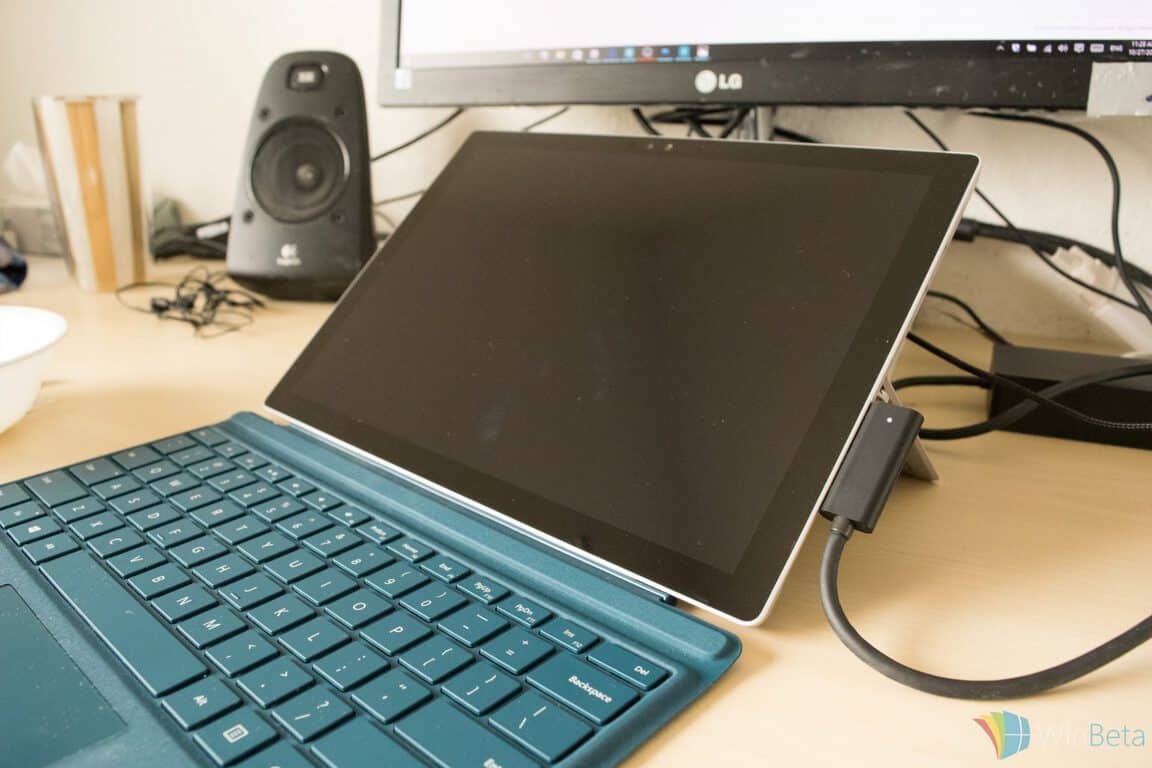 The Surface Pro 4 lineup can loosely be divided into two tiers: the base tier, which is made solely of the lighter, fan-less variant with Intel’s Core m3 processor, and the high tier, which contains the rest of the lineup of fire-breathing Core i5 and i7 variants. Since it became known to the world that I purchased the elusive base model Surface Pro 4 Core m3 variant, people have asked me report on the base device’s battery; specifically, how it compares to its pricier brothers. The general undertone of their questioning is clear:

Performance is important to me, but I might consider living with the lower performance if it means longer battery life.

The reasoning behind this is simple: the 9-hour battery life reported by Microsoft was based on testing for the midrange Core i5 mode with 8GB of RAM and 256GB of storage. In contrast, on top of having a much weaker and more “efficient” processor, the base model doesn’t have to expend energy running a fan. Surely, then, the base model should get longer battery life.

I’ve spent a good portion of my first week of ownership seeking an answer to this hot question. My initial hypothesis was that the base model Core m3 would get strikingly similar battery life to its bigger brothers, the reasoning of which I’ll explain further below.

Unfortunately, being the mortal man that I am, I don’t have access to an actual i5 or higher Surface Pro 4 to run comparison tests, but there exists plenty of data online to compare against.

The test I decided to focus on was the same test done by Microsoft for its Surface Pro 4 brochure: loop a video over and over again until the device’s battery is drained, with Wi-Fi connected and all other settings at default. AnandTech conducted a similar test, looping a 720p h.264 video with a bitrate of 4Mbps at 200 nits. It’s not clear from the report whether the test was conducted with Wi-Fi on or off, in Tablet Mode or regular desktop mode, or with Battery Saver on. With the midrange model, AnandTech achieved 9 hours and 22 minutes: right in line with Microsoft’s estimates.

To the best of my ability, I recreated this test with a video with a similar bit rate, at 45% brightness with Battery Saver off (except when triggered automatically at lower battery states), Wi-Fi on, and in Tablet Mode. The video was looped using the default Windows 10 Movies & TV app. The device was run until it shut itself off at around 3% battery life.

The result? A rather pitiful 6 hours and 33 minutes. Shocked by this, thinking there must be some kind mistake, I double checked everything, rebooted and ensured there was no interfering software processes. The second run achieved a similar result. Trying this again with Wi-Fi off produced 7 hours and 1 minute.

It’s important to note that I had had a hard time finding a 720p video with a 4Mbps bitrate. Out of curiosity, when I ran this test using a video file I had laying around with a more common 2Mbps bitrate and the same format, the result was a much more sensible 8 hours and 54 minutes. It’s also worth noting that during the lighter run, the device’s Surface was stone cold to the touch, as if it had been off the whole time. In contrast, the earlier tests with the higher bitrate produced something like a sleeping cat’s warmth.

Lowering the brightness should help the device produce better results, but the same could be said of the midrange model, which sports the same display.

Real world usage was much less eventful. The primary use case for my Surface Pro 4, aside from browsing Reddit, watching movies, and editing documents for my job here at WinBeta, is digital painting via Clip Studio Paint PRO (marketed as Manga Studio 5 here in the west), and took one instance to document a day’s worth of drawing.

The test began at a sunny local park at 100% battery life. My drawing session was conducted at 50% brightness, with Clip Studio Paint PRO version 1.41, drawing a picture with a tidy resolution of 1440×2560. I stupidly forgot to turn off Wi-Fi. And the drawing was done in Tablet Mode. This lasted until battery was at 48%, at which point I shut off the device (to prevent weird sleep battery drainage) and took a much needed nap.

I resumed the test at a Yelp-approved local café, with brightness tuned down to 25%. In this half, as I was connected to Wi-Fi, I occasionally browsed the web for reference images.

The result of this test was 5 hours and 51 minutes. A tad less than I was expecting. I do believe this test is a bit more telling as it also tests the Surface Pro 4’s advanced input systems, such as multi-touch and pen input.

While the tests I’ve done so far are by no means comprehensive, I do believe they’re worth reporting on to help dispel the misguided notion that the Core m3 should inherently be much more “efficient”.

So why, then, does the supposedly much more “efficient” base model perform the same as or worse than its i5 brother? Impossible to say for sure, but I’ll explain a bit about how these processors actually work for the benefit of those who don’t really understand where the “efficiency” of these processors come from.

The i5/i7 models certainly have much higher performance potential and wattage ratings, and thus much higher capacity for draining the battery. But just because they have that potential, doesn’t mean they’re using it all the time. Modern processors scale their performance (and thus their battery consumption rate) based on what the user demands. So while during games and intense computational activities the i5/i7 models might drain more, during idle or resting states, where these processors will be most of the time, they drop to similar drainage levels to the m3.

Intel’s Core M CPUs gain their efficiency not necessarily by sipping less, but by dropping down deeper into the resting states much faster and more aggressively. Think of it as a modern car whose automatic gearbox is programmed to upshift as quickly as possible to lower revs and save fuel, performance and responsiveness be damned.

Furthermore it’s worth emphasizing that the i5/i7 models can actually be more “efficient” in certain scenarios. I keep quoting the word “efficient” because it has different meanings depending on context. When most people refer to efficiency in battery performance, they tend to be referring to how little energy it consumes. But efficiency can also refer to the idea of “doing more with less effort”. In this latter definition, the i5/i7 can actually sip less battery. Because they finish their tasks much quicker, they can drop down to the resting states quicker, and thus spend more time sipping less. The m3, with lower performance potential, may have to spend more time after school, which is bad for play time and hanging out with friends.

Ultimately, the i5/i7 and the m3 processors are built off the same silicon, playing the same game of physics, just with different strategies. The new Surface Pro 4’s chassis cooling is so effective that it can cool all three classes of processors with relative ease, and as the i5/i7 models may be idle most of the time, the fan won’t be running except under harsh scenarios. As such, the fan plays a lesser role in battery drainage than one might expect.

Bottom line is, from my experiences using the device thus far, my recommendation is this: buy the base m3 model because it’s cheaper, you don’t need the extra processing power, and it’s fan-less and lighter. Don’t buy it because you want better battery life. Barring major driver or software optimization breakthroughs, I believe it’s unlikely to happen in any reliable capacity.

Of course, as with anything, your mileage may vary. Don’t take this as the definitive opinion of the Core m3’s battery performance, but simply another man’s experiences you can use to make an informed purchase decision.

Also, battery charging times are a whole another beast altogether, so I will devote a separate post to that in the coming days.