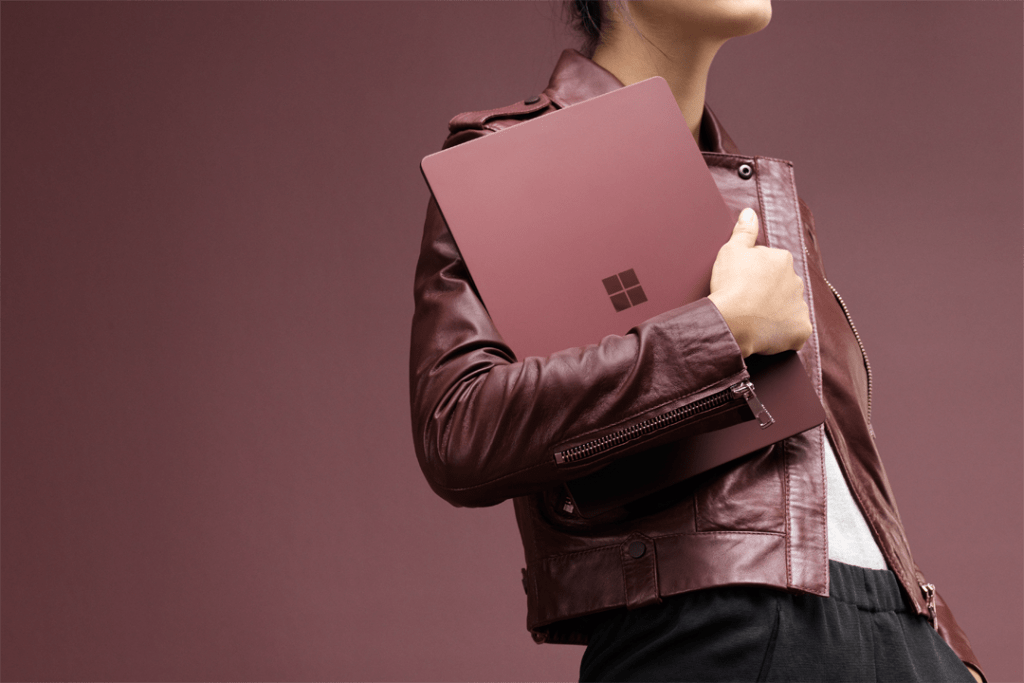 Two days ago, Microsoft unveiled its first real notebook, the Surface Laptop which was introduced on stage by Corporate VP of Devices Panos Panay. The Surface Laptop features the same premium quality that we've seen on all previous Surface products, but it will also be the first Surface PC to ship with the intriguing Windows 10 S.

The Surface Laptop announcement likely pleased all Microsoft fans who thought that the Surface Pro 4 and the Surface Book were not for them. Who doesn't like a well-built, stylish ultrabook? However, our latest poll shows that many of you are not exactly blown away by Microsoft's latest hardware effort: at the time of our writing 26.32% of you told us that you were intrigued but not convinced by the Surface Laptop, and 29.23% answered that Microsoft's first notebook was not for you.

Like many of you, we have a hard time understanding what is the real purpose of the Surface Laptop. Does Microsoft really want to compete with Apple's MacBook Air, which is very popular with students? Is it to promote Windows 10 S, a locked down version of Windows 10 which is apparently faster and more battery efficient than Windows 10 Pro? Or is it just a Microsoft laptop for Microsoft fans? Keep reading as we'll try to figure it out.

The most consumer-friendly Surface device ever

In some way, the Surface Laptop seems like an homage to Apple's MacBooks: Microsoft even created four sexy colors, something it never did with previous Surface devices (the multi-colored Surface Pro Type Covers don't really count). Unfortunately, the color selection is only available for certain configurations.

As for specs, the Surface Laptop is the first Surface device to feature Intel's 7th gen Kaby Lake processors. It also has a very good battery life, with Microsoft promising up to 14.5 hours video playback, something that we rarely see on ultrabooks these days. We still need some real-world usage data confirming that the Surface Laptop really delivers all-day battery life, but this could be really be a main selling point.

If the Surface Laptop seems to be a well-designed ultrabook, we still have some reservations about certain hardware details. First of all, Microsoft put a great emphasis on the Alcantara material-covered keyboard, which will definitely offer a very different look and feel to consumers."Our wonderfully soft, incredibly durable Alcantara material-covered keyboard is specially treated to resist spills, stains, and absorption, and wipe clean," explains Microsoft on the product page for the Surface Laptop. However, It remains to be seen if the fabric will still look good after years of usage with dirty hands, coffee spills and more unfortunate accidents.

We have another concern with the general design, which looks a bit top-heavy. The screen of the Surface Laptop looks a bit thick to us, and Microsoft reporter Mary Jo Foley noted that the center of gravity seemed slightly off.

I'm still a bit skeptical on the lappability of the latest Surface Laptop. But it's definitely getting better pic.twitter.com/q72FbcXOuY

Last but not least, the Surface Laptop kept a full-size USB port and the Surface Connect proprieratry port, but USB-C ports are nowhere to be seen. In 2017, this looks like a missed opportunity for Microsoft, especially since Microsoft apparently worked on prototypes featuring two USB-C ports.

The Surface Laptop is quite paradox: it has the most consumer-friendly form factor of all Surface devices, but it ships with an OS that seems user hostile. It's definitely no Windows RT, but Windows 10 S force you to use Edge and Bing as your default web browser and search engine. As you can only install apps from the Windows Store, there is no way to install Google Chrome or Mozilla Firefox, and this probably the first thing that many of us do when using a new computer for the first time.

Yes, Microsoft is offering a free upgrade to Windows 10 Pro, and we guess the majority of consumers who buy a Surface Laptop will take advantage of it as soon as possible. Overall, Windows 10 S makes sense on the cheap education-oriented laptops that Microsoft also announced during the event, but Microsoft is probably wrong to pitch the locked-down OS to college students, Surface fans and even average consumers.

Is the Surface Laptop really targeted at college students?

If you check the Surface Laptop product page, you can see that Microsoft advertises it as "your perfect college companion." It's clear that the design of the Surface Laptop could appeal to college students looking for a well-designed, non-Apple laptop. And like Apple, Microsoft is also offering an Education discount on its Surface products and accessories.

But let's be honest, the Surface Laptop will be much more appealing to Microsoft fans. The company will probably have a hard time explaining the advantages of Windows 10 S to students: why spend $999 or more on a laptop that can't run Google Chrome, DropBox, Steam, iTunes or VLC out of the box?

This won't be a real issue for Microsoft fans, who know exactly what Windows 10 S is and how to upgrade for free to Windows 10 Pro. Because yeah, Surface fans waited years for the company to finally release a true notebook, but they never asked for something like Windows 10 S. Surface fans are power users, and they like Windows because it's a completely open platform.

Surface still seems to be a hobby for Microsoft

As we said, the Surface Laptop still looks to be the most consumer-friendly Surface device ever, but it's probably not the best laptop that Microsoft could have created. Compared to the Surface Book, there is no option for a discrete GPU. Users will also have deal with just one full-size USB port, which seems a bit limiting on a 13-inch laptop (the Surface Book has two USB ports plus a full-size SD-card reader, same with Apple's MacBook Air). And there is Windows 10 S, which doesn't really make sense on a premium laptop with mainstream appeal.

During Microsoft's last financial quarter, Surface revenue decreased 26% to $831 million, which Microsoft attributed to "increased price competition in the premium 2-in-1 category and product end-of-life cycle dynamics." Yes, the Redmond giant now competes with its OEM partners, but the company probably doesn't want to out-innovate them, as this would go against Microsoft's goal to create a healthy OEM ecosystem. The company can't take all the innovation for themselves, and this is probably why all Surface products are both expensive and slightly compromised.

We do think that Microsoft's is right to invest in hardware though, and the company definitely deserves credit for pushing new product categories like 2-in-1 devices. The Surface Laptop is quite a different beast, it's an ultrabook that could have appealed to nearly everyone, but the user-hostile Windows 10 S and some questionable hardware choices will likely make it remain a niche product for Microsoft fans. However, we wouldn't be surprised if it outsells Microsoft's Surface Pro and Surface Book hybrid devices when it starts shipping in June.

My Life On Microsoft: What I used to cover Microsoft's May 2nd event