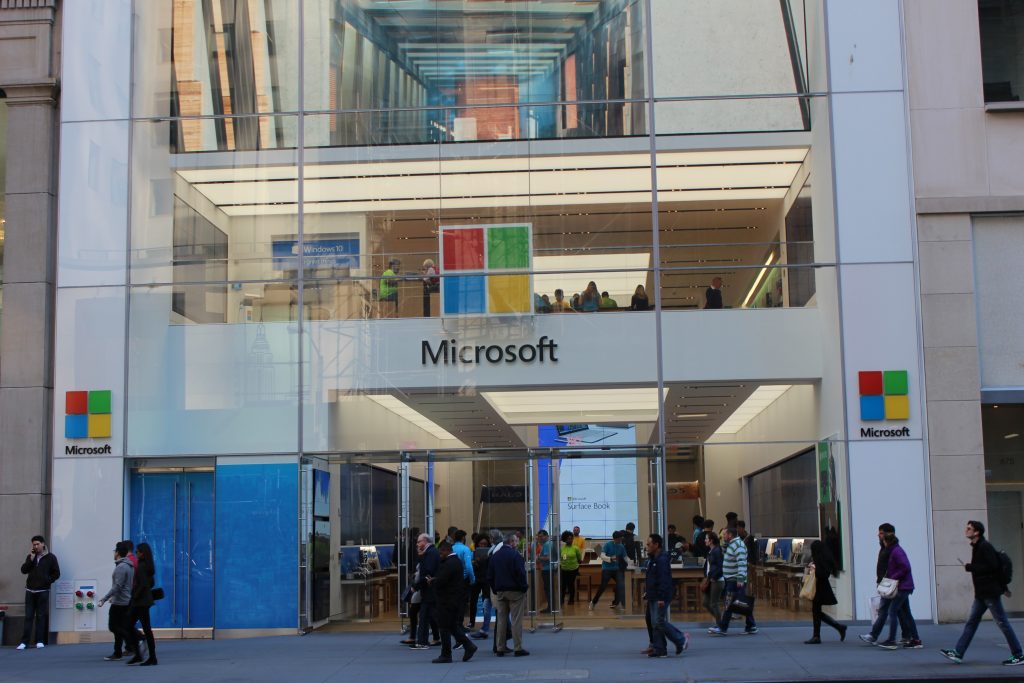 Microsoft Stores had always been a great way to experience the company’s latest products. You could have walked right into a physical store, played with a Surface or Xbox, and then purchased one right on the spot. And, if you later suffered from device failures or other technical problems, you would have had the support of the Microsoft Answer Desk to help you out.

That experience, though, is now changing. As someone who once frequented the Flagship 5th Ave Microsoft Store in New York City, I now have one lingering thought. With Microsoft Stores shutting down, service options for Surface devices will be limited — so will it impact sales or make Surface devices a risky buy? 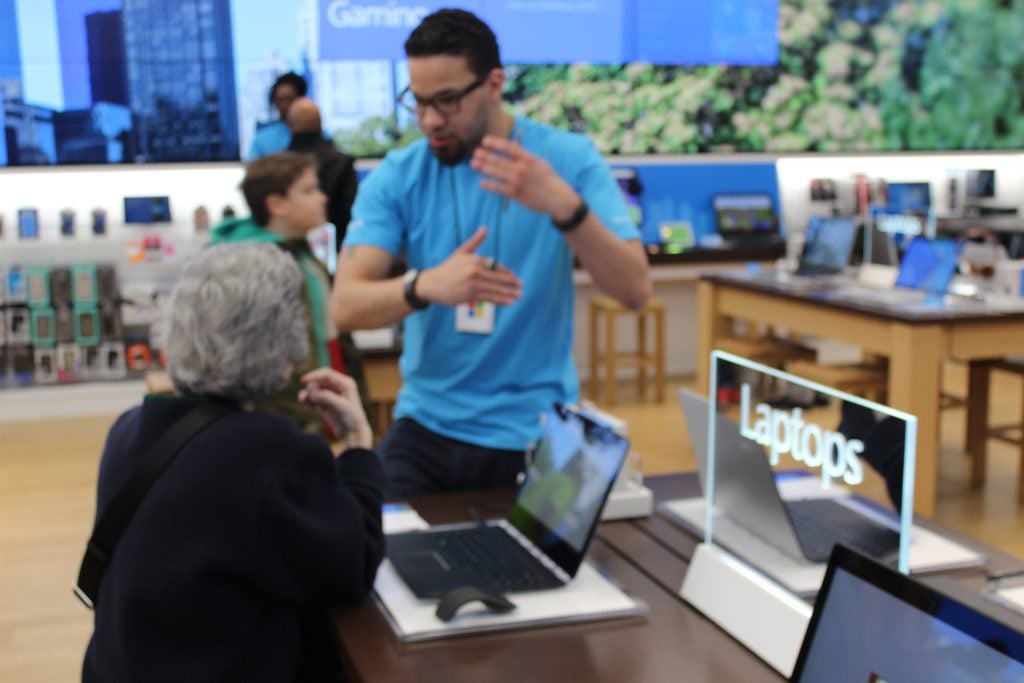 Going back to the start, one of the benefits of physical Microsoft Stores was the in-store service. If your Surface or Microsoft Product went bad, you could have scheduled an appointment online, go into the store, and meet someone face to face to resolve your problem.

Even if you didn’t have an issue, but curious about Surface, you could have still chatted with someone in the store, and have them find you the right PC for you. Microsoft Store employees were truly respectable, knew how to help, and had the patience and people skills to walk you through your issues or curiosity.

It’s something I experienced many times. My Surface Pro 4 suffered from Flickergate, and an employee in the Microsoft Store walked me through the process of replacing it (for free) with a Surface Pro 2017 model. When I wasn’t happy with the Surface Pro X, I walked into the Microsoft Store, spoke with an associate about why I didn’t like it and he helped/suggested me to exchange it for a Surface Laptop 3, which is now my daily driver. Finally, after returning home from a vacation in Los Angeles, my Surface Headphones stopped working. I walked right into the store and got a free replacement with almost no questions asked.

Microsoft came through. @MicrosoftStore and @MicrosoftHelps is best. Support staff knew what my issue was & exchanged for a new one without asking unnecessary questions. In and out with new headphones in less than 5 mins. Too bad the trip there takes an hour. 😂 pic.twitter.com/dkvVDQPpbz

In all three of these situations, the physical Microsoft Store was there to help me. I didn’t have to mail in a device, wait weeks to get it back, or deal with people on a phone call or chat. I got the service I needed, right away, and came out as a happy customer. Not to mention, there were also cool demos of Microsoft products in the store, like HoloLens, and Surface Hub 2 to keep me engaged with Microsoft experiences.

While it is true that some Flagship Microsoft Store locations in London, NYC, Sydney, and Redmond campus will retain this customer experience, this still isn’t something that everyone will be able to experience. From what we know, these will only be at flagship stores, and Microsoft will instead train Microsoft Store employees from other store locations to do remote service. 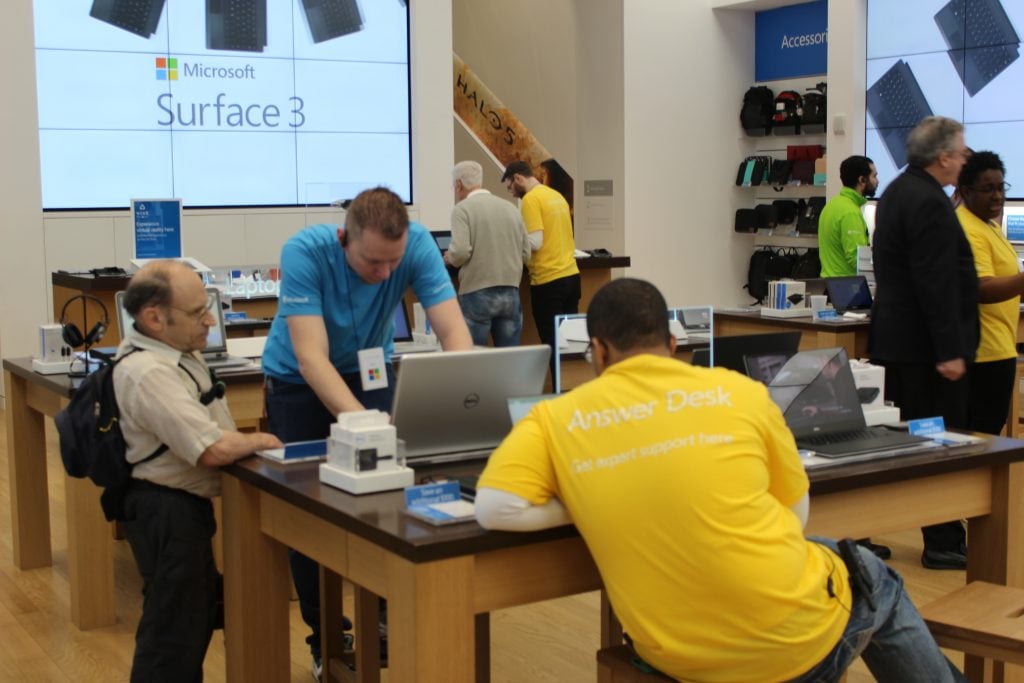 That’s a problem, as Surface devices are sold worldwide, and across the USA.  With only two stores in the US, folks will have to deal with all-online support, which just isn’t the same. In fact, some people have said it is “god awful,” having to “go through hoops to get hardware replaced” with “hours of hours of documentation, multiple reimages, etc.”

Nothing beats face-to-face interactions, and with stores closing, getting Surface devices fixed might end up being a pain. If your Surface breaks, you’ll lose access to it while you ship it, and you’ll have to deal with shipping services. You’ll also have to explain your problem in words by typing it out on a keyboard or speaking over the phone, which isn’t something that isn’t as easy as just showing someone your problem. It’s a legitimate worry, especially for folks who aren’t as technology savvy.

With Surface troubles, things can only get more troubling 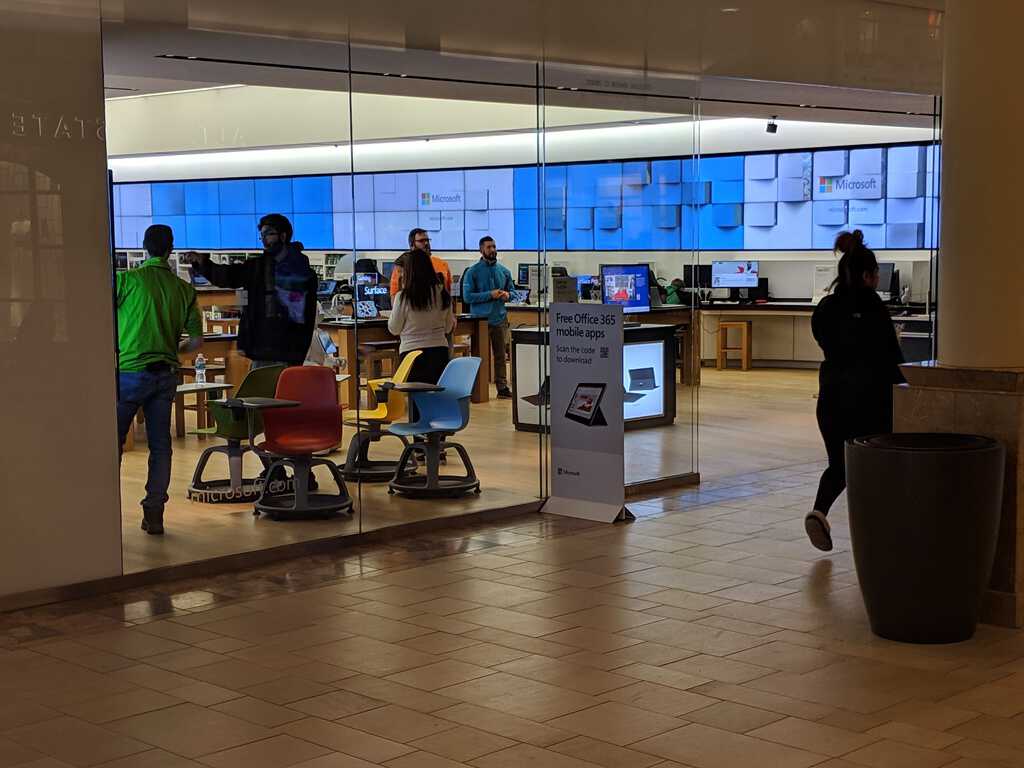 I won’t lie, Surface products are not perfect. Surface Pro 4 suffered from Flickergate and the Surface Book from issues of its own. Consumer Reports at one time dropped their recommendation to buy Surface products, too, though they later restored it.

That in mind, this makes me worry. It is true that Microsoft has since fixed these issues (and even made it easier to repair devices) but if newer Surface products do have more reliability issues going forward, would it even be worth buying for some people?

If you purchase a Surface, it’s supposed to be a long term investment. And, without a proper place to go to get support, getting a device fixed would be a huge pain (as I said above.)

I may be overreacting, but people are used to Apple Care, where you can go to a store to get your product fixed. Without Microsoft having its own version of this, it would become a frustrating experience for most people, and make them never want to buy a Surface again.

The community is concerned, and I am too

I am just one Microsoft fan, writing an op-ed, but I am not alone. On the Surface subreddit, many other Microsofties share my concerns. There are over 211 comments in a thread about the store closures, and most of them are not good. If this doesn’t show why closing Microsoft Stores is a problem, then I am not sure what will.

“Will be picking up the Duo, but I’m not really sold on owning another tablet/laptop having experienced just how bad their customer support is outside of the stores,” said one user. “That’ll probably be the end of me with surface then. I only made the switch from Mac to PC due to the Apple Store-quality service you received in Microsoft Stores. Not gonna risk having to deal with online service,” said another.

Another user also makes are fair point. Surface devices are not really meant to be “repairable.” In most cases, Microsoft would just swap your unit out for another one. You used to be able to do this at a physical Microsoft Store right away, but now, you’ll have to wait.

On the business side, Microsoft obviously knows what it is doing by closing its retail stores, but for consumers, it could end up being a huge loss.