Microsoft’s Mixer fate is looking a lot like Windows Phone at the moment pt. 2

Earlier this week, streamers of the Mixer community were invited by Windows Central’s senior editor Jez Corden to participate in an online forum via Twitter to air any grievances, user-insight or suggestions they may have been held about the platform. Opening up the floor to direct user-feedback offered a window into some of the acute frustrations streamers and viewers have been experiencing over the past few months to years with the seemingly nascent streaming service.

Of the countless Twitter responses in the thread, @shadowhaxor’s mention of a geekbravdo.com post entitled Real Talk for Mixer, perhaps, offered the most enlightening and detailed insight into several issues some streamers may have been having with the Mixer platform.

Author Parallax Abstraction goes into painstaking detail about various shortcomings of the Mixer streaming experience equipped with screenshots, links to common User feedback posts and callouts to fellow streaming channels on the platform to make a case that there is plenty to be frustrated about while trying to be a loyal streamer on the service.

After reading the posts on Twitter, the abandoned User Feedback channel, and Reddit threads as well as comments on Abstraction’s thoughtful editorial, it was becoming apparent that while streamers believed in Mixer and were willing to give the service a chance, a lack of communication with the community and an omission of features to keep parity with industry alternatives was beginning to create a narrative amongst the community that seemed all-too-familiar with burgeoning Microsoft endeavors.

Am I mad? No. Am I disappointed? Absolutely. I made the switch to exclusively streaming on Mixer hoping it would be different than Twitch. Really, it turned out to be more of the same just with a lot less features and a lot of technical instability.

I have burned so many hours building my own solutions to make up for Mixer’s lack of features (orbitjuice.com/clips as one example). But to be perfectly honest, given due to my timezone i’ll never have enough concurrents to make a partnership, the instability and lack of features on the platform; there are more benefits being a Twitch Affiliate than there are being a Mixer Partner.

And that makes me really sad. – orbitJUICE

Encapsulating feedback that was floating around in various pockets of the internet, it seemed a reasonable assertion that Microsoft was on the verge of ultimately mishandling the potential of Mixer in a similar fashion as it seemingly has with other products such as Skype, Lync, Kinect, Zune, Groove, Windows 8, Cortana, Windows 10 S and yes, Windows Phone too.

In the post, Microsoft’s Mixer fate is looking a lot lie Windows Phone at the moment, I drew some comparisons of how Mixer’s lack of communication on a development roadmap with streamers coupled with expensive and flashy single purpose investments paralleled moves done during the Windows Phone era. I ultimately concluded, that if the company maintains its current marketing and communications strategy, the streaming service could end up in the same place as its now defuncted smartphone brethren. 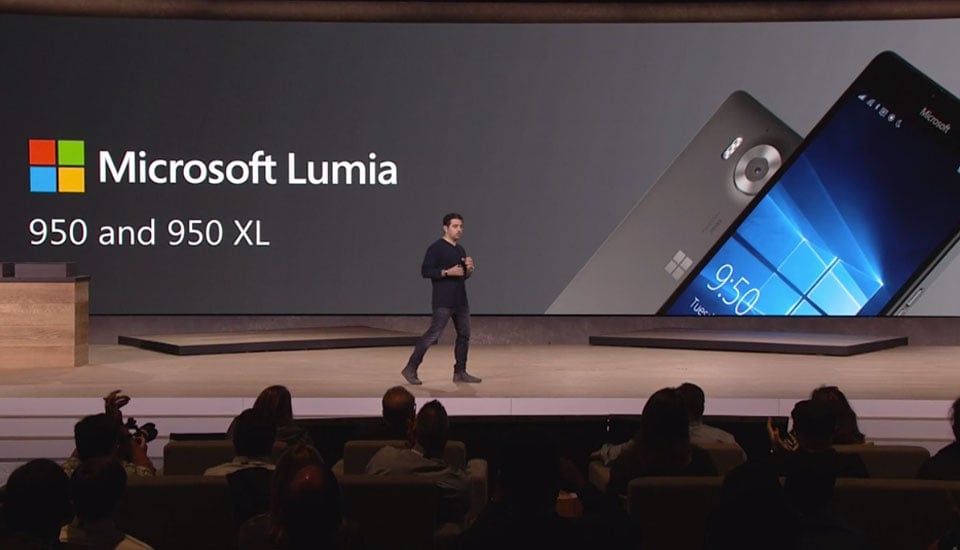 However, there may be more to the Mixer story than I initially determined and thankfully Abstraction has offered a follow up to their original post titled, Real Talk for Mixer Part 2: The Feedbackening where conversations with Mixer staff and executives at PAX South reveals some internal log jamming that’s at the root of so many community concerns.

From what I gathered, the main issue right now seems to be one of the Microsoft org chart. Those of you who’ve never had to work in a large company (count yourselves lucky) might not know what that is or fully understand just how slow big companies tend to move, even wildly successful ones like Microsoft. Very basically, an org chart shows where different business units or people fall within the corporate pecking order, who reports to whom and who has authority over what. In publicly traded companies, this is vital and is taken very seriously, even having potential legal ramifications.

Microsoft’s complicated decision-making org chart may be causing the back up of potential feature releases to streamers and the platform, but it’s only part of the overall problem. Once again, it seems Microsoft’s own communications teams appear to also be letting down avid fans who only need the tiniest of comunicados to keep thriving and in some cases, evangelizing a product during leans periods of actual development and release.

On the subject of communication, those I spoke to were also frustrated because like everything else, those have to go through Xbox as well and by the time they get approval to address a thing that’s upsetting the community, it’s already too late. I said in my last post that in the absence of a meaningful official explanation, people will substitute their own. The staff are acutely aware of that but are hamstrung by the current structure and policies. One told me that several times, they’ve just wanted to go on Twitter and tell everyone what they know to quell the frustration but had to stop themselves because they knew to do so could mean their job. The reason no one responds to the UserVoice page anymore? No one’s assigned that role and thus, can’t speak there in an official capacity. I told one of them that if they needed someone to fill that role, I’d happily take the job. I was only half-joking.

Even taking the lack of company communications with the Mixer community into consideration and somehow sorting out the spaghetti plate organizational chart of decision making, the platform still wouldn’t seem prepared to offer updates in a timely manner to frustrated streamers because Microsoft has yet to adequately staff the service. Perhaps, due to Xbox related priorities for 2020, Mixer has gone somewhat understaffed when it comes to filling positions with experts in Online video engineering.

In order to implement all the things people are asking for, they need developers and plenty of them. Microsoft does have a number of Mixer specific job postings up right now and most of them are for developers and engineers. A lot of the original developers are not there anymore and Mixer is still a very small team in relation to the product they’re maintaining. Online video is also its own beast of a niche, plus it’s a buyer’s market for software engineers right now, meaning the number of open positions in the industry greatly exceeds the talent out there to fill them. Mixer is hiring and when they get some people in, they can start making bigger changes but again, all this takes time. Even in an industry that moves as fast as streaming does, the realities of software development are still present.

Now, this is all hearsay at this point with no official representation from Microsoft on the matter, but if taken at face value, it seems my earlier assessment remains true. While Abstraction may dismiss the notion of a parallel between Mixer and Windows Phone by comparing the relative budgets of the two initiatives, the current reality is that despite internal politics and excuses, end users are being left to decide to participate in either a more fledge out ecosystem of services and products or stick with a nascent upstart that shows promising potential but little in the way concrete benefits.

I think that’s ridiculous because if you know the history of Microsoft, you know that’s an exception and not the rule. I’m a guy who did a corporate rollout of Windows Phone once upon a time. I know first hand just what a mismanaged cluster of an otherwise great potential product that was. The people who oversaw that (including the CEO at the time) are also no longer at Microsoft. The company lost billions (some say as much as $10 billion) on Xbox before it started to turn a profit about halfway into the 360’s lifespan. Thanks to the inept launch of the Xbox One (led by another person who was shown the door shortly after), they looked almost DOA in this generation but have turned it around into a fairly strong success, despite still being a distant second to PS4. Again, this is not a company who typically does things in the short-term and to claim otherwise because of one exceptionally mishandled initiative shows a profound ignorance of their history.

To each their own, but the facts remain, Microsoft has had trouble converting consumer-facing products into sustained successes. While Mixer may be a “rounding error to Microsoft’s finances,” that isn’t immunizing it from the same sort of mishandling that allowed services such as Whatsapp, Messenger, and iMessage to shove Skype to the back of the bus, for Cortana to drop out of contention amongst viable digital assistants or for Microsoft to be the only player in the software ecosystem industry to not offer a streaming music service to its users. No, Microsoft does not do things in the short-term, but some of their projects only last a short term because of historical company-wide mishandling of services or products. 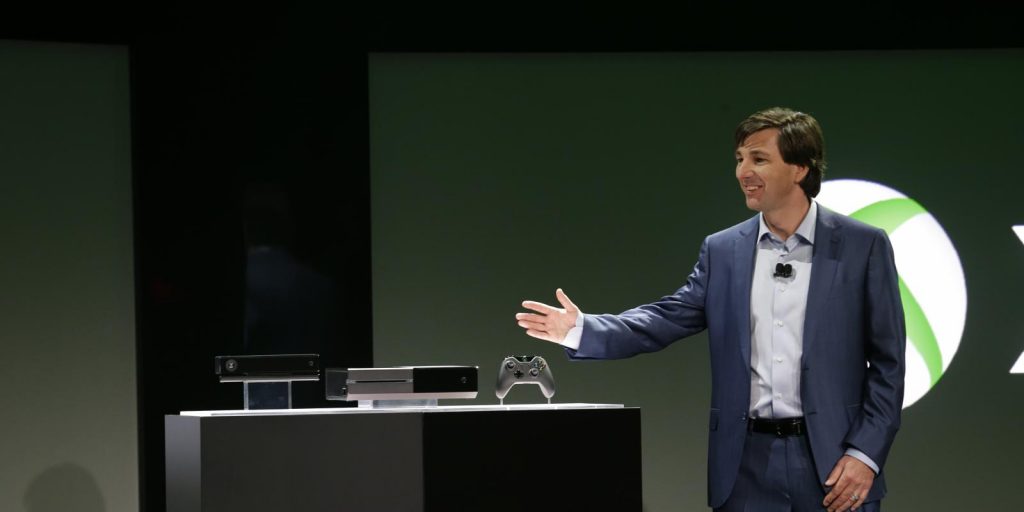 Mixer as a service is relatively young and may even be in the good graces of the company’s notorious chopping block CEO Satya Nadella for the foreseeable future, but even Abstraction admits that after speaking with executives, “I do believe that things have the potential to be different this time and that the core issues behind their sluggishness are being addressed but the proof will be in the pudding and there’s no pudding yet.”

Without a community manager to even manage the UserVoice page to potentially assuage fears or concerns, enough developers in place putting the finishing touches on feature parity releases for the year or a clear path to a more streamlined decision-making process at the executive levels, it’s hard to see Mixer doing much more than treading water in 2020.

While Mixer may avoid a Hindenburg like disaster that befell Windows Phone, partly because of the differing financial scales of the two services, there appears to be a clear and present reality in which Microsoft seems to be slowly pulling defeat from the jaws of victory through a series of self-inflicted wounds.

I think many streamers, Abstraction and myself are all on similar pages, hoping that 2020 will be the year Microsoft at least offers the platform some much-needed attention. Features and tools may not come overnight but a clear sign of vision, a few answers to long-overdue questions and tie-ins to Xbox 2020 efforts might be enough to quell a rising tide of frustration and stave off Windows Phone analogies for another year.