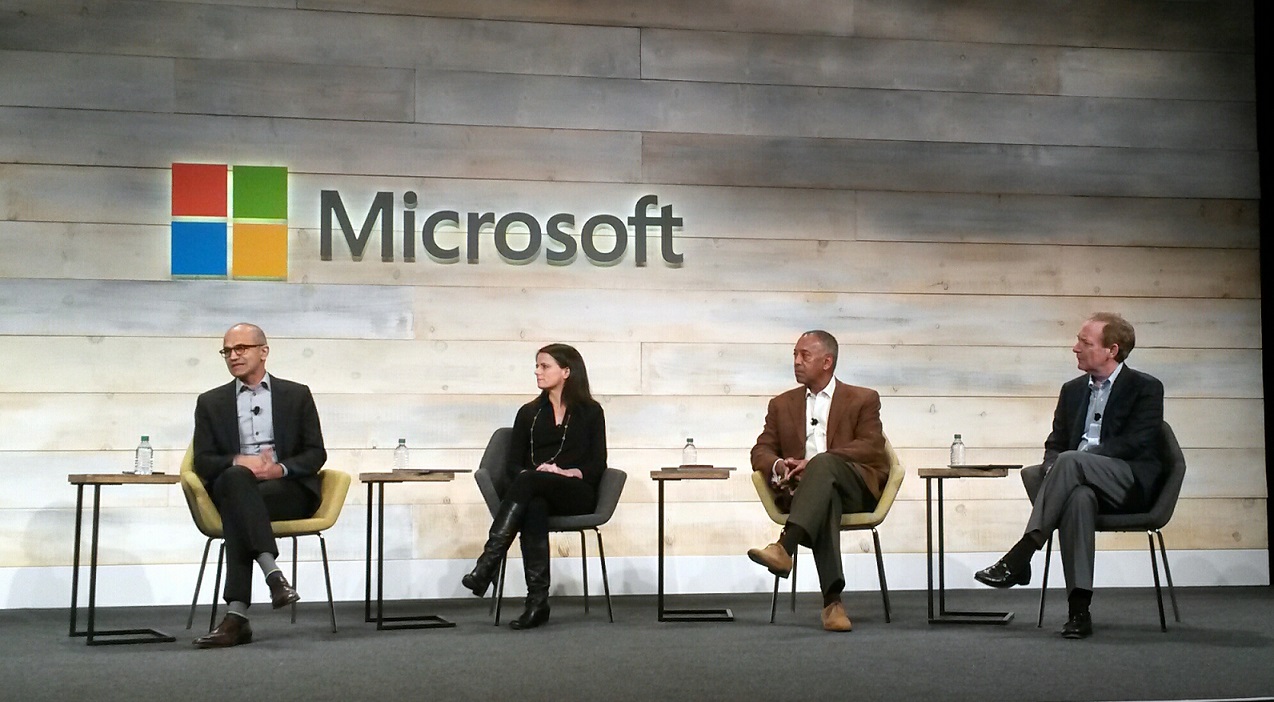 2015 has been a big year for Microsoft. From the largest hardware launch in the company’s history to the release of Windows 10 on the desktop (mobile version any moment now), to a new Xbox One experience. Microsoft is clearly doubling down on its effort to reverse its long-held image of a dominating, but slow and increasingly irrelevant technology company, especially among the younger tech crowd. Many of its attempts have paid off handsomely, some even turning the tides on long-time competitors, while others leave customers in fits of rages, disappointment, or both.

And then there are moments where your brain just stops, your eyes go wide, mouth hang, and the only sound you can let out is either a call to the Maker or that exclamative, rhetorical question we all ask when in utter surprise and disbelief. Admittedly, for a general tech enthusiast like myself, those moments are getting fewer and further between, more the reason I remember and treasure them. Microsoft produced a few of them this year, however, and here are those moments that I think qualifies as the company’s most surprising moments of the year.

Ah, the elephant in the room. I still remember clearly the glorious day that was the 6th of October, 2015. Everyone was excited about Microsoft’s hardware launch event, unveiled a few weeks before, and we at Winbeta even more so since we’re supposedly the biggest Microsoft enthusiasts around (of course, there’s also our duty to bring the news to you.) Being a remote writer, I was sitting by myself in a secluded corner of a small-town gym, the live-stream on the screen, earphones plugged in, fingers flexing ready for some fast-paced typing action.
After the opening, the excitement rose after every announcement from Microsoft: 110 millionsWindows 10 installs. The new Xbox Experience, HoloLens demo, the great introduction from Device chief Panos Panay to the new Lumias and an entertaining demonstration of Continuum (productive like a boss, anyone?) Of course, deep down, I knew only one part of this show mattered: the announcement of the new Surface Pro. Being a Surface Pro 3 user, I was looking forward to a refined version of Microsoft’s hardware vision. They didn’t disappoint of course, with a thinner, lighter, more powerful tablet PC, a better pen, new Type Cover. It’s the Surface Pro experience at its finest.

And then Panos Panay pulled out the Surface Book.

Aren’t you the star? Yes you are.

I was completely caught off guard, and from the reaction on the stream, many felt the same. It was utterly surprising how, after so many years of defiantly eschewing the laptop form factor for a new type of computing experience with the Surface tablets, culminating in the 4th iteration, Microsoft has come around to deliver on that one nagging wish within some Surface users. A premium laptop with Surface build quality, design, and branding. The screen is top-notch, the keyboard and trackpad are beautiful, and that hinge. The Windows world finally has its MacBook, its ultimate champion, and all is well with the world.
I couldn’t help but notice some peculiarities from the promo video, however, chiefly the clearly shown vent on the screen, and some buttons that should not be there on a regular laptop screen. As a heavy Surface Pen user, I was a bit disappointed not to see any mention of the pen, understandable given the laptop form factor. “There must be something more,” a part of me voiced its prophecy. And boy, was I right.

2015 has been a big year for Microsoft. From the largest hardware launch in the company's history to the release of Windows 10 on the desktop (mobile version any moment now), to a new Xbox One experience. Microsoft is clearly doubling down on its effort to reverse its long-held image of a dominating

The moment the screen detached from its solid base, my mind was positively blown. The screen is a tablet? With pen support? WTF? That’s all I could say. It’s like everything, absolutely everything, was delivered with the Surface Book. It was a moment of bliss, followed by an intense tech lust. I was literally standing, grinning, clapping, alone, in a dark corner of a public gym, short of shouting “WHAT” a million times. You get the picture.
What makes the unveil of the Surface Book so impactful and surprising, is how tightly kept the truth about it has been. In this day and age where phone leaks happen months before a device’s release, Microsoft has managed to keep a new, rare convertible completely under wraps. Rumors had been circulating before about a bigger Surface Pro, but no laptop. Very few people internally reportedly even knew about the detachable screen of the Book before the October event. All was for that wow moment on stage, Panay’s big reveal with the trailer, and it paid off handsomely.

It was a fine day when I woke up to the internet’s outrage over Microsoft’s then new alterations to the OneDrive service. At first not knowing what it was all about, continued reading took me from surprise to rage, to just pure disbelief, at which point I had to voice the rhetorical question.

Apparently, according to official words, due to some users taking advantage of the service to store unusually large amount of data, Microsoft decided to drastically cut down OneDrive Storage for all of its users. The previously much-touted unlimited OneDrive storage for Office 365 subscribers was suddenly no more, leaving a new 1TB limit. Even more baffling, the 15GB given free to new OneDrive users were slashed down to 5GB for all users, existing and new. The decrease was a regress to the state of OneDrive before Microsoft got serious about competition, and effectively make it more expensive than some heavily competing cloud storage service; the free year of Office 365 subscription as compensation didn’t help to ease the pain. In a word, very awful.

Am I waking up to find Microsoft screwed up OneDrive *again*?

Reactions were, unsurprisingly, swift and negative, with users deriding Microsoft for the decision, blasting it over the company’s UserVoice page, voicing rage on Reddit and the comment sections of pretty much all related posts, and even going so far as to make a Change.org petition. While Microsoft has relented

@howtogeek HOW COULD THEY NOT SEE THIS COMING? ARE THEY BLIND, STUPID, OR BOTH?

The surprising part was not about Microsoft’s decision, which is understandable, given the perceived future strain such generous offers would put on the company’s cloud infrastructure, which had to be dealt with sooner than later. What baffled most was how utterly bad the company was at conveying the news, apparent from just a quick read of the official announcement. The official announcement offered only a half-hearted reasoning while expressing the cold truths without any regards for long-time users. It was a PR disaster in the making for Microsoft, which exploded, and will haunt the company’s cloud storage efforts for some time.

It has been a strange, albeit exciting year for a Microsoft enthusiasts. So many new, “biggest” things have come from Redmond in 2015, some novel and game-changing, others head-scratching. Microsoft’s 2015 year of news is representative of what’s fun about following the world of tech, and we can’t wait to see what the company will have in store for 2016.