Microsoft has not backed Apple in its fight against the FBI, but does it matter? 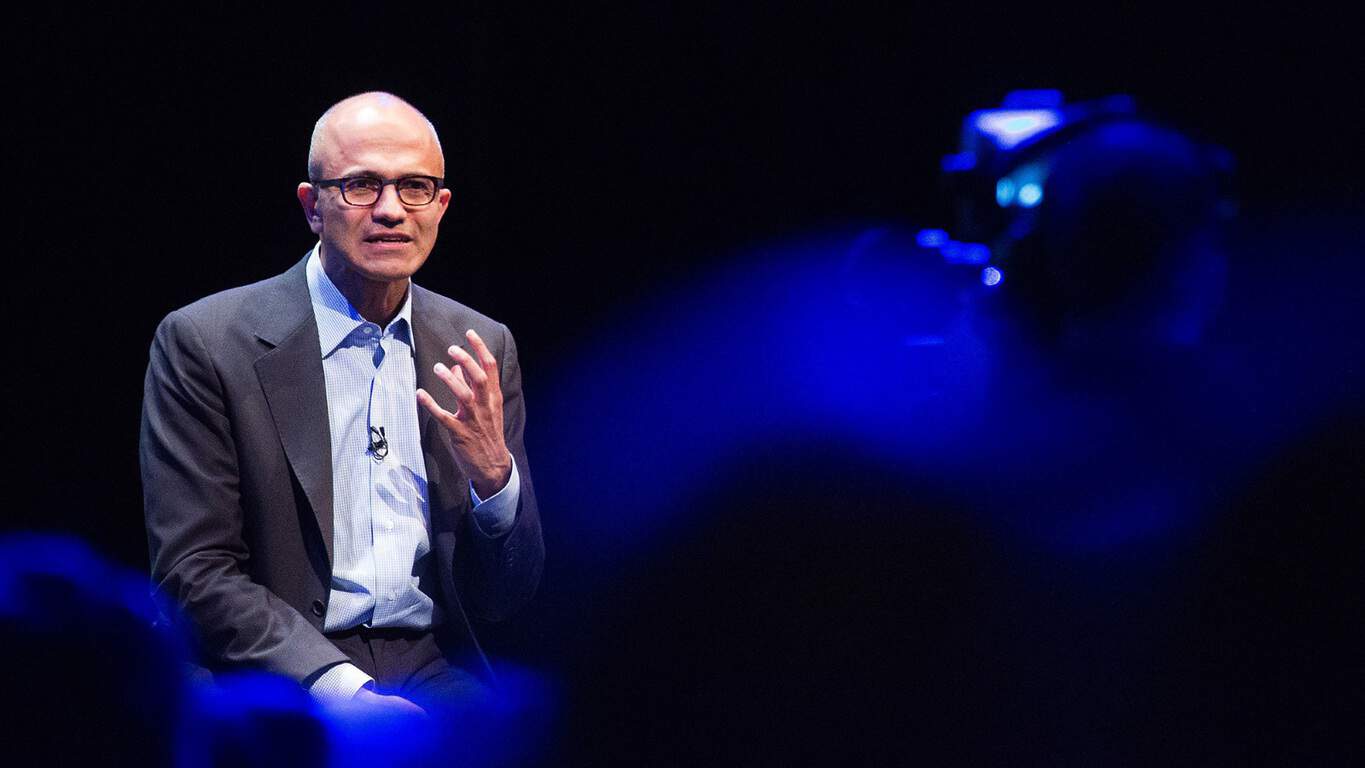 Apple is currently engaged in a tense argument with the FBI over the unlocking on an iPhone used by one of the San Bernardino shooters.

The phone, an iPhone 5c, is password-protected and the US government wants Apple to build a piece of software that allows them to make unlimited guesses, revealing the secrets the phone holds.

Apple, however, has very different ideas.

CEO Tim Cook wrote a public letter which described the request, made by the FBI, as “chilling.” Apple’s problem is, according to the letter, that “once [the software is] created, the technique could be used over and over again, on any number of devices.” Cook compares it to a “master key” that would unlock all iPhones.

The past several days have been filled with back-and-forth between Apple and the FBI, with off-the-record statements to journalists from Apple executives abound.

New details, such as the password to the iPhone’s iCloud account was changed while the phone was held by the US authorities, have since come to light, and the whole saga has become very confusing.

For its part, the FBI — which was then backed by the Department of Justice — has maintained that Apple is grandstanding and that it is leveraging the tussle as a “marketing strategy.”

Other big technology companies, such as Google, Facebook, and Twitter, have come out in support of Apple.

In a series of tweets, Google CEO Sundar Pichai said that “[f]orcing companies to enable hacking could compromise users’ privacy.”

Twitter CEO Jack Dorsey also tweeted support for Apple, saying: “We stand with @tim_cook and Apple (and thank him for his leadership)!”

Facebook said that the FBI’s demands would “create a chilling precedent and obstruct companies’ efforts to secure their products” in a statement issued to press.

Aaron Levie, the CEO of Box, said that “[t]he whole grounds on which Apple is standing on are just super important.”

Mozilla, WhatsApp, and the Electronic Frontier Foundation have all also come out in support of Apple.

The one exception, however, is Microsoft. 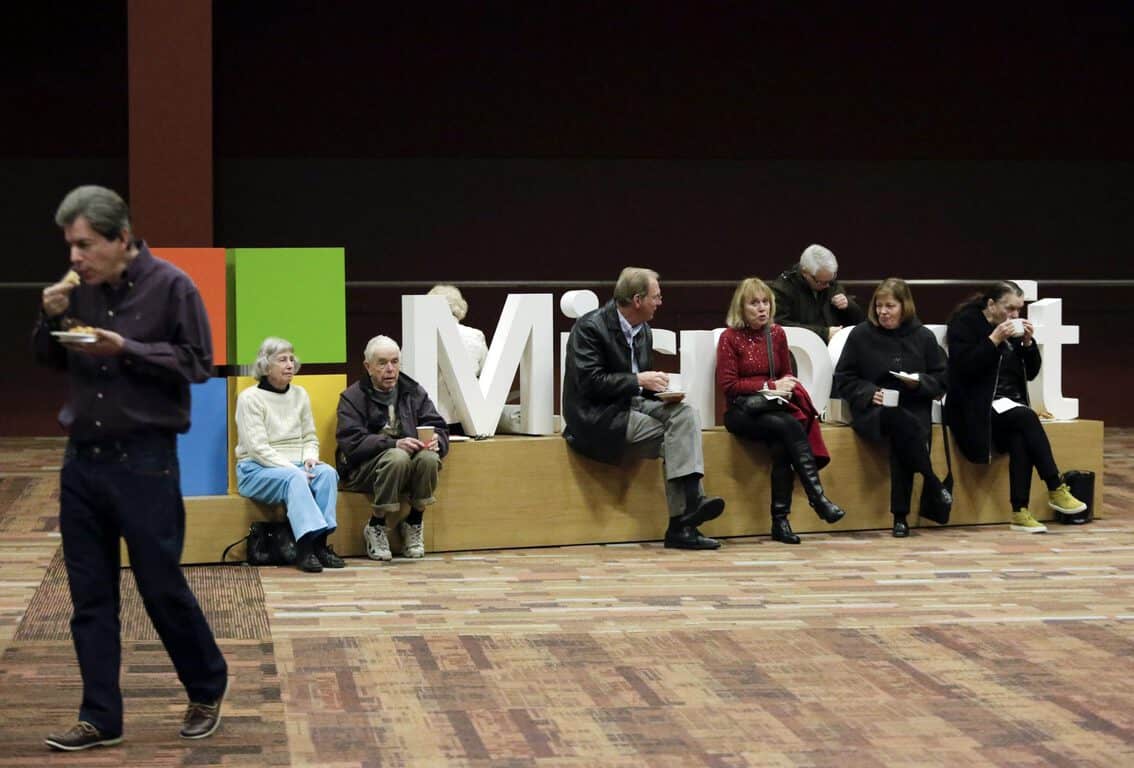 The company has yet to issue its own statement or acknowledge the dispute at all. A statement was issued by Reform government Surveillance, a coalition that includes Microsoft, Apple, AOL, Dropbox, Evernote, Facebook, Google, LinkedIn, Twitter, and Yahoo. However, the statement does not address Apple’s case directly and does not come from Microsoft itself.

Reform Government Surveillance companies believe it is extremely important to deter terrorists and criminals and to help law enforcement by processing legal orders for information in order to keep us all safe. But technology companies should not be required to build in backdoors to the technologies that keep their users’ information secure. RGS companies remain committed to providing law enforcement with the help it needs while protecting the security of their customers and their customers’ information.

The silence from Microsoft, which has not gone unnoticed, is surprising, especially as CEO Satya Nadella has not shied away from taking a public stance before.

Microsoft is currently involved in an intense, and very public, legal dispute with the FBI over access to data stored in Ireland, which is outside the jurisdiction of the US government. (More details here.)

The case, which has big ramifications for the technology industry and how data is handled on servers intentionally, has drawn support from other technology companies and has been the source of several high-profile interviews with Microsoft executives, a sign that the company is trying to build support for itself.

Just as with the Apple case, the US government has been harsh about Microsoft’s defence, describing it as “fighting nearly 50 years of settled law.”

So, why hasn’t Microsoft come out in support of Apple in this case?

The answer is unclear, but it could be down to several things:

All of these theories could be right or wrong, and it’s impossible to know why Microsoft hasn’t come out in support of Apple, even after its peers have.

However, it’s arguable that it doesn’t matter because Apple and Microsoft are very different companies and Microsoft has, and is, demonstrating its willingness to stand up to the government when it feels an injustice is going to be done.

The Ireland case, in which the FBI is seeking access to data on a server in Europe, is similar to Apple’s insofar as Microsoft is seemingly on the wrong side morally: Letting the government access data that could close a legal case and bring someone to justice is, according to many, a justifiable way of acting and arguing against that is a hard position to take.

Ben Thompson, an analyst for Stratechery, has argued that “the PR optics could not possibly be worse for Apple” in this case because the company is potentially standing in the way of an alleged terrorist being brought to justice.

It’s unlikely that the lack of response from Microsoft will damage Apple’s case, but it is intriguing that the company did not issue its own statement.