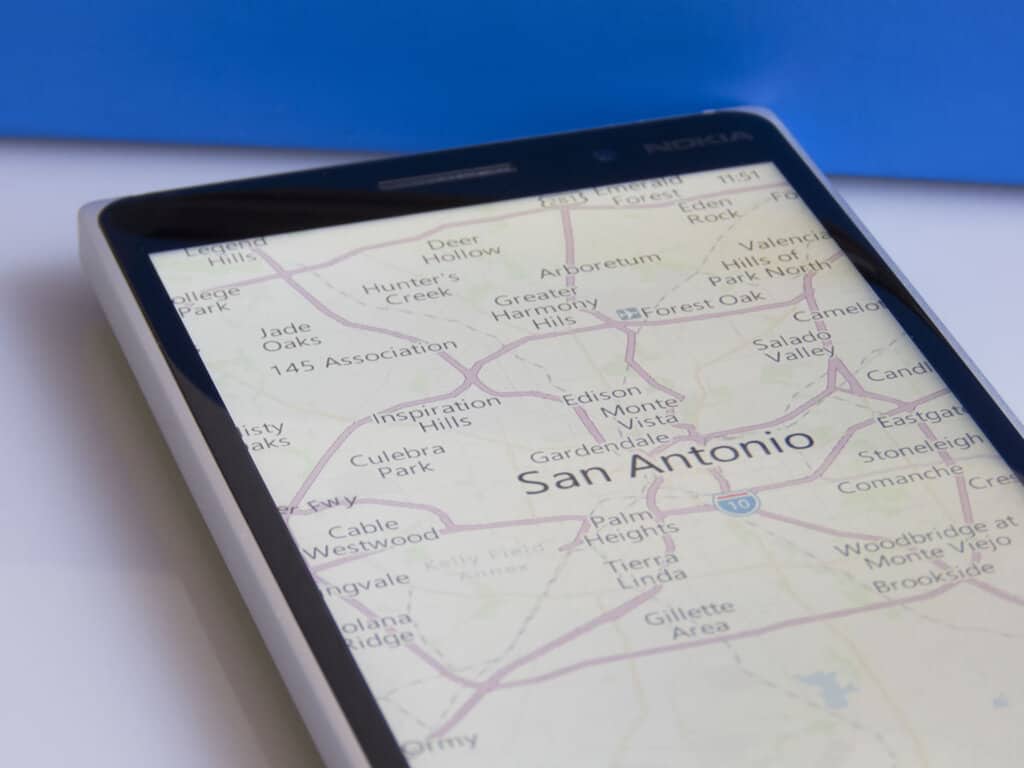 I used my Nokia Lumia 930 as my daily phone well into 2019. Although stuck on the dated Windows 10 "Anniversary Update," the Lumia continued to fulfil my undemanding day-to-day requirements. An unfortunate encounter with a doorframe eventually led to its demise. I switched to an iPhone 6 which gave me 18 months of service.

I've since upgraded to contemporary hardware with the purchase of a 2020 iPhone SE. On the whole, I've come to like iOS, more than I ever thought I would when I ordered my refurbished 6 last year. Still, after seven years of Windows phones, the lack of clear iOS alternatives for some W10M features remains an ongoing concern. Frustrations with Apple Maps resulted in the recent recommissioning of my trusty Lumia, unsupported, outdated and severely damaged as it may be. 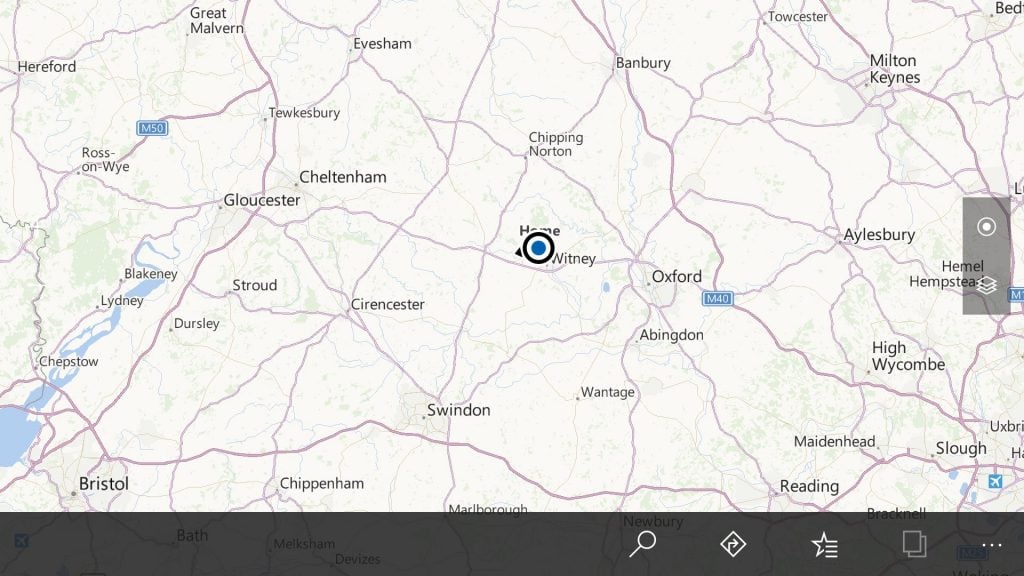 Windows Maps has always been one of the most accomplished Windows 10 UWP apps. It excels on Windows 10 Mobile too, with a clean interface, clear turn-by-turn navigation directions and support for complex features missing from iOS and Android.

I find the map layers to be much more readable than those in Apple Maps. Roads are clearly indicated, distinctly labelled and easy to identify against the terrain. The map zooms cleanly too, with the amount of data on-screen always feeling "right" for the scale. Apple Maps rapidly loses fidelity when zoomed out to a regional level, which makes it more fiddly to use when planning routes. 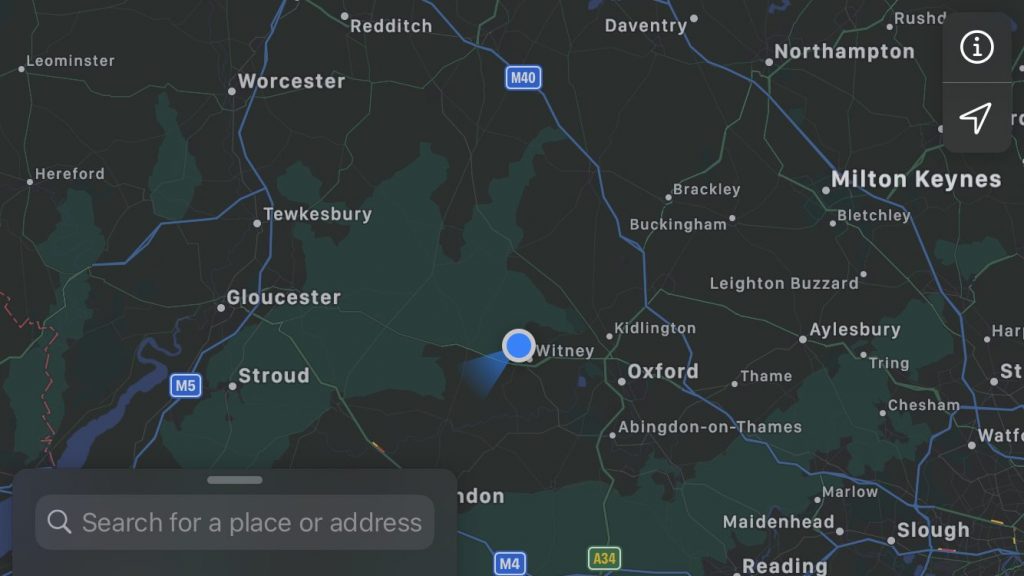 Once you have planned a route, good luck with getting it into Apple Maps for use in navigation. The app still supports only a single destination, with no provision for pre-planned waypoints or multiple stops. This makes it impossible to force the app to use a certain route to a destination. It's utterly useless on road trips where you want to plan an entire day's activities before departing.

Windows Maps takes multiple destinations in its stride. You can add up to nine stops, have the app calculate the route and then simply start driving. With clever use of the waypoints, you can ensure the app uses specific roads instead of defaulting to the quickest option. 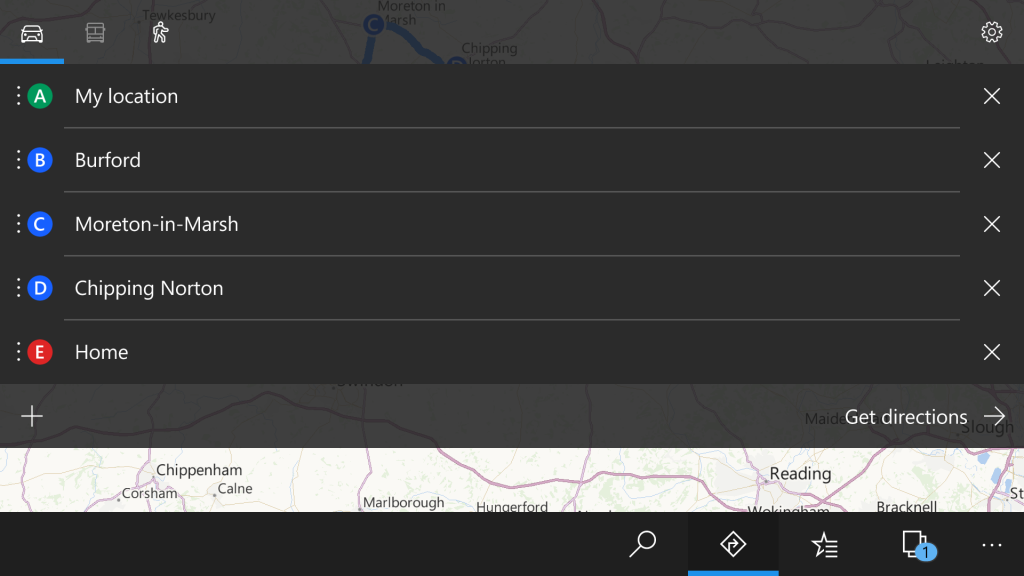 On that subject - Apple Maps' dreary insistence you should use the fastest route is not only bothersome but potentially illegal. Apple Maps continually searches for quicker routes. When it finds one, it puts a button on the screen to let you select it. Another button lets you dismiss the alert and stay on the current route. Here's the catch though - unless you press that dismiss button, Maps automatically switches to the newly found route after a few seconds.

Here in the UK, use of a smartphone as a satnav is only legal if you don't touch the device while driving. Apple Maps incites drivers to break the law, just to stay on the originally planned route. Of course, you could turn off mobile data altogether, but then you'd lose capabilities you may actually want - like traffic-weighted time estimates and automatic rerouting if you make a wrong turn. 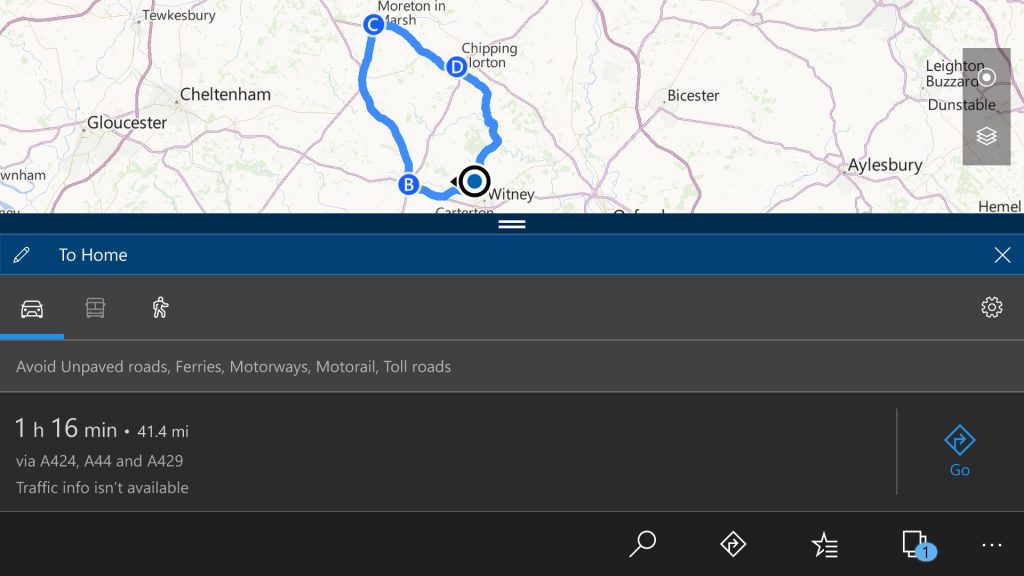 Windows Maps "just works" and is much less keen to reroute (in any case, creative use of waypoints enables you to have full control over where you go). I recognise that some users will value Apple's bias towards rerouting; nonetheless, an easy way of disabling this behaviour would make the app far more useful on the occasions you want to take the slow road.

Then there's the actual navigation UI. Apple Maps uses big, bold boxes of information, which often obscure the map UI and provide precious little detail about the road ahead. Windows Maps offers much higher information density, giving you clear next-turn directions, speed limit guidance and ETAs. It even displays details of the junction beyond the next one, which helps facilitate planning ahead in areas you're unfamiliar with. 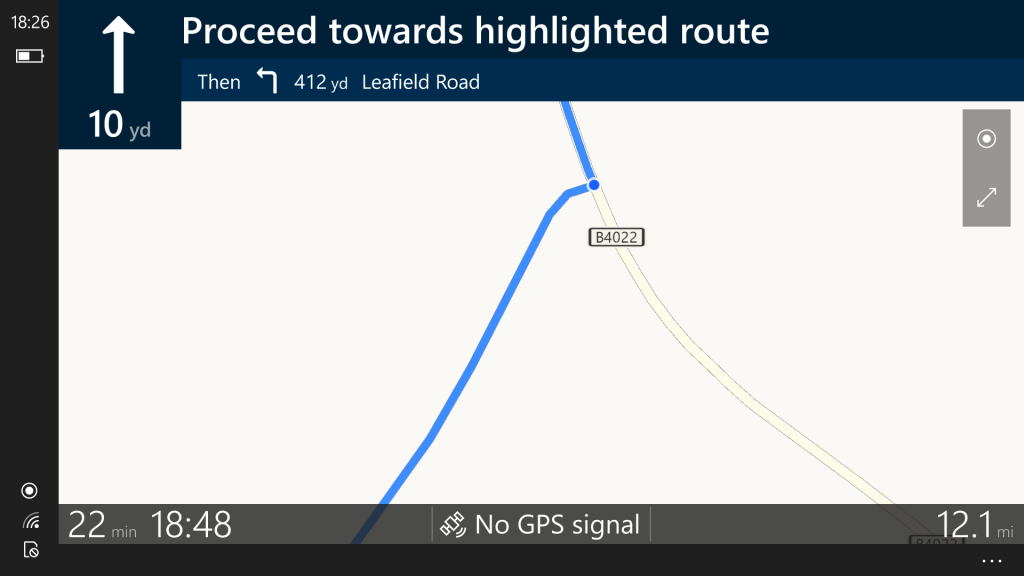 Windows Maps is still the the best navigation app I've ever used. At this point, I'm beginning to doubt whether any competitor is going to better it. Whether I'm on a slow road trip or a time-sensitive journey on major roads, Windows Maps is simple to setup, reliable in use and happy to accept my routing instructions.

It's for this reason my Lumia was revived; it now lives in the car, assuming the de facto role of satnav. Yet another still-Lumia-exclusive feature, the flawless offline mapping functionality, ensures I have complete confidence I can get navigation directions wherever I might end up. 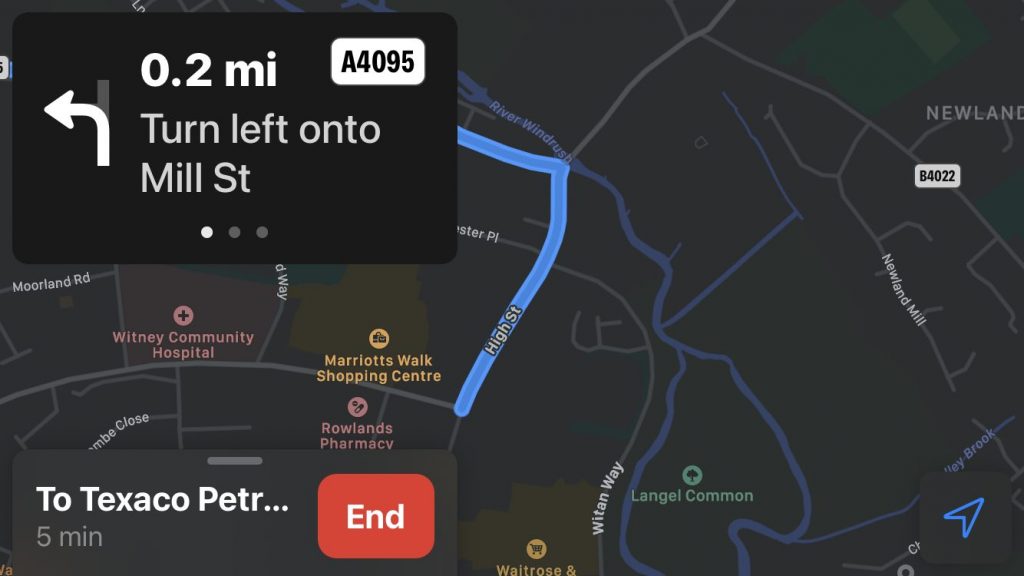 I hope that Apple Maps gains capabilities like Windows Maps has. The historical mapping accuracy concerns have been addressed and the app is slick to use. There's a solid foundation but the "Apple knows best" mentality around routing controls makes it impossible for me to use.

Were Apple to implement multiple stops, an improved turn-by-turn UI and the ability to turn off the infuriating "faster route" suggestions, Maps would be in an altogether better place as a fully fledged mapping and navigation solution. Right now, it feels like it's only suitable for people commuting the same route each day, who really only use it to know what the traffic's like ahead. By contrast, Windows Maps is a tool to assist in planning all manner of navigational activities, more like a real navigator in the passenger seat than a chirpy backseat driver that thinks they know the way - but don't. 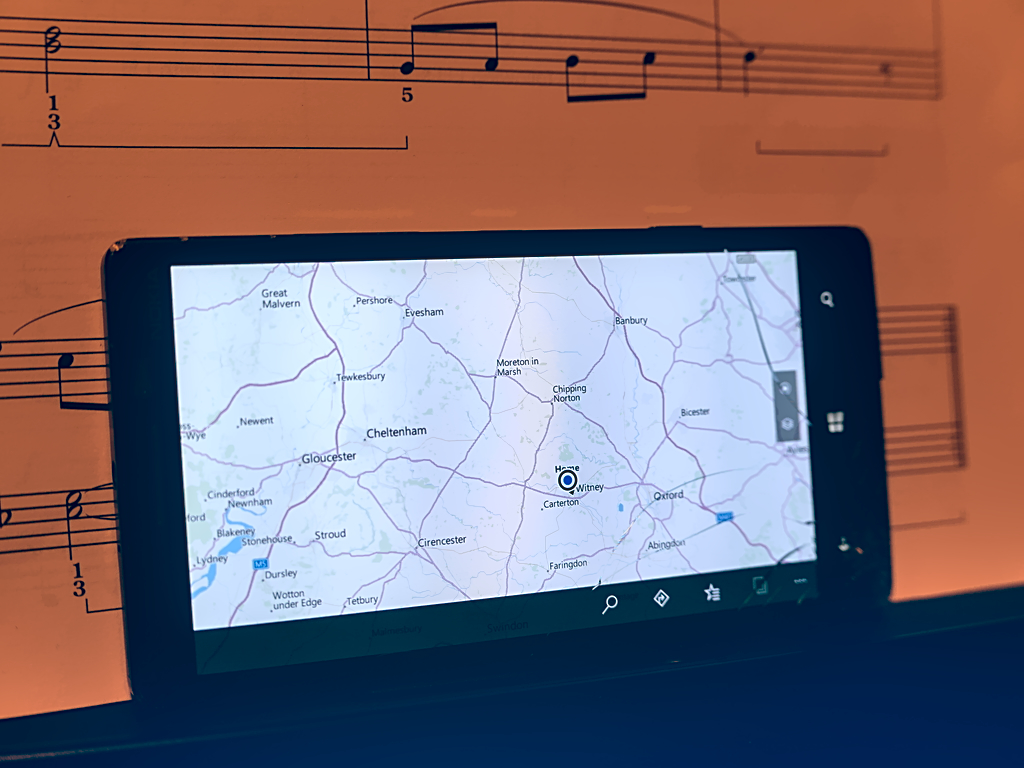 Of course, there's another solution: Microsoft should bring Windows Maps to iOS and Android. As Apple and Google continue to focus on commuting, fastest routes and place discovery, their respective mapping apps drift away from their origins as digital road atlases. Windows Maps goes light on the personalised suggestions and social aspects in favour of a highly tuned core mapping experience. With Microsoft now looking more closely at mobile once more, isn't it time for Maps to make the jump to third-party platforms?

In the meantime, I'm going to keep using my Lumia as my satnav. I've got maps of all of Europe saved offline, in case Microsoft one day removes them from the servers. At present, both the app and maps continue to receive regular updates, despite running on a long-since abandoned build of Windows 10 Mobile.