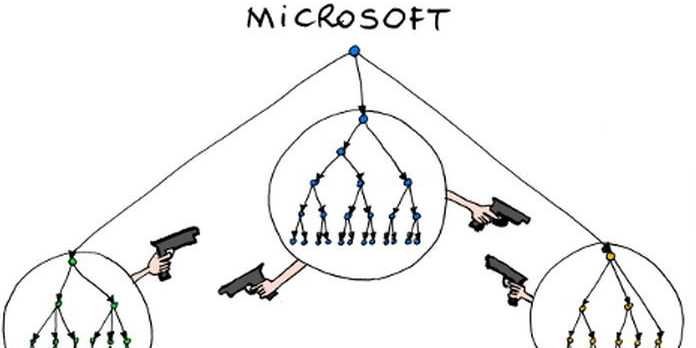 Earlier this week, former Microsoftie and noted straight-shooter James Whittaker took to Medium to post his thoughts on Microsoft and its culture with "Speaking Truth to Power: Reflections on My Career at Microsoft." It's well worth a read, as Whittaker not only provides some history and insights into Microsoft's current corporate structure, but offers some legitimate criticisms as well.

The post has quickly become fodder across the technosphere for a broader discussion on "why Windows is a mess." Whittaker laments that "made men" (with obvious correlations to the Mafia version of tenure, where once you're in, you're set for life), still have a strong hold in the company. Especially in the oldest and historically most powerful bastion of old-guard power, Windows, Microsoft is still rife with made-men, says Whittaker:

It’s worth noting that cultural transformation didn’t happen in places, like Windows, where Nadella simply rearranged the made-men deck chairs. Instead of following his culture-change playbook, he simply swapped Windows’ made-men with Windows Phone’s made-men. The same people unable, over the course of a decade, to craft a winning strategy for mobile were suddenly tasked with crafting a winning strategy for the desktop. The unsurprising result is that Windows continues its tradition of boring, buggy software and consistently fumbled updates. Made-men aren’t fixable, and the real talent in Windows, and the diversity of ideas it possesses, remains anonymously buried under layers of made-men above it.

We're not going to get into the politics of old white men running damn near everything, and how that needs to change, except to say that it's a problem that reaches far wider than Windows or Microsoft (it may be especially prevalent at Windows, granted). This also isn't about the relative importance of Windows to Microsoft. It's clear that while Windows is and will be crucial as a desktop operating system for years to come, the leading edge of computing no longer flows through Windows. The best and brightest minds are working on AI and IoT and Azure and beyond, and that's as it should be.

What we do want to focus on, however, is the state of Windows itself. Regardless of the culture producing it, or it's relative importance to the company, is Windows really that much of a mess?

First, a bit of history: back in about 2014, Microsoft eliminated its long standing three tiered approach to software development, creating a new "Combined Engineering" approach that eliminated the "Software Development Engineer in Test (SDET) from the SDE/SDET/PM paradigm. This placed the onus of testing software development on the SDEs themselves, and has long been a point of contention anytime the subject of buggy software comes up.

This change came about at the same time as Microsoft announced Windows 10, and at the same time as a move to a much more aggressive update cycle, from 3 years to every 6 months. It's easy, then, to find a bug and blame it on either one or both of these sea changes, and that's what happened last year with the delayed launch of Windows 10 1809.

But as Microsoft noted in a blog post, the data loss that caused Microsoft to pull the Windows 10 October 2018 Update (1809), was very, very limited:

While the reports of actual data loss are few (one one-hundredth of one percent of version 1809 installs), any data loss is serious.

In fact, although there were scattered incidents of data loss reported in the Feedback Hub, it wasn't until noted Microsoft watcher Rafael Rivera tweeted about the problem (the tweet has since been deleted, we captured it here) that the problem came to light. It could be argued that rather than Windows 10 being extra buggy, the nature of the way we receive information in the age of Twitter had a material effect on 1809's delay. Certainly this wasn't the first time that serious problems shipped in Windows, dating all the way back to well before the elimination of SDETs or a more aggressive release schedule. Fingers were pointed, however, and although it affected only a very few under very specific circumstances, the bug dominated the tech news cycle, and something had to be done.

We also, it should be noted, have earlier (and buggier) access to Windows than ever before. That the Windows Insider Program offers unprecedented opportunities to test Windows as it's being written shouldn't color the perception of the operating system as being buggy, if those bugs are being surfaced (and ultimately fixed thanks to input from Insiders) when they never would have been before.

So here we are, and the narrative is "Windows 10 is buggy" and as Whittaker says, "Windows continues its tradition of boring, buggy software and consistently fumbled updates." Yet, Windows 10 usage share continues to grow, and continues to refine itself with a steady stream of regular, timely useful updates (along with some not so useful ones, I see you 3D Paint). 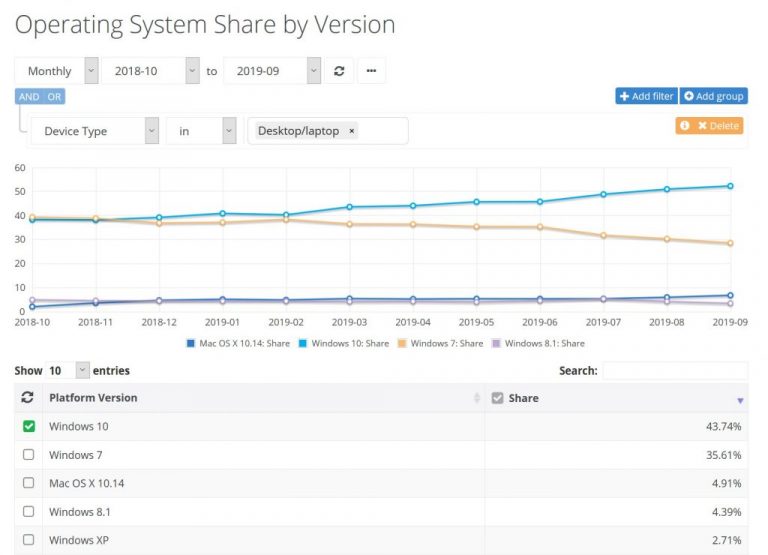 In comparison, Windows 8.x was software that looked and acted like it was developed by "made-men." Full of compromises that satisfied no one, developed in an atmosphere of secrecy and back-stabbing that was the source of the famous guns pointing everywhere meme, and that ultimately ended in the firing of one of the epitomes of made-men, Steven Sinofsky. Now that was a mess (this is an opinion piece, right?), one that played out with poor sales in the marketplace.

And it's not like previous versions of Windows, complete with SDETs and "A Team" (see: "B-teamers") management, weren't just as buggy, if not more, than Windows 10. Windows XP required 3 Service Packs to clean up the OS, and Windows 7 wasn't bug free, either.

What do you think? Is Windows 10 a buggy mess, or is it a fast, efficient, powerful operating system good enough to run on some 900 million devices? We posted a poll on Twitter, you can take it here and/or leave us your thoughts in the comments below.