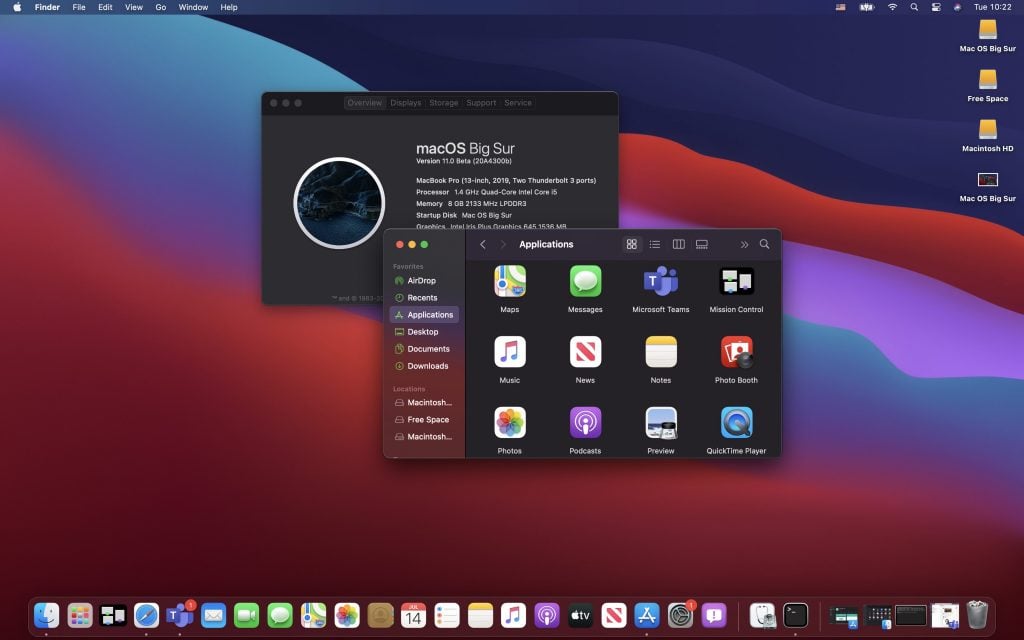 The Apple vs Microsoft and Windows vs Mac rivalry goes back a long time. Even so, there's still a lot that both companies could learn from each other's failures and successes.

I previously noted that I felt like Microsoft was falling behind Apple in the consumer desktop and laptop space thanks to macOS Big Sur, and after trying the beta out for myself, I'm ready to take that argument a bit further. Here are four things that Microsoft could learn from the macOS Big Sur Beta.

The number item on my list has got to be the File Explorer. As a writer, and someone who constantly looking for files, screenshots, and more, I will say that the File Explorer is the core of the Windows operating system. For Microsoft, though, the File Explorer has seen little change since the Windows 8.1 days. We still have the same bulky user interface, no support for tabs, and the same old boring icons that have persisted for quite a while.

This is where Microsoft could learn from Apple. The new Finder experience is quite beautiful. With rounded corners, the Finder window floats beautifully on top of your work in the background and doesn't stand out when you bring it to the front.

It has simple to understand iconography, and primary functions such as changing the view of documents and files are not hidden beneath menus. Even the search bar is great, as it is minimized to save space, and only appears when you need it. Oh, and let us not forget support for tabs in Finder, which makes it easier to organize your files, instead of dealing with multiple windows in Windows 10.

Next up is the overall design and consistency. With macOS Big Sur, Apple is going for a massive design overhaul --- and after trying it out, I'll say it just works. We know Windows 10X could deliver a similar design refresh, but in retrospect, there's still a lot for Microsoft to learn when compared to Big Sur and Apple, and it's all related to clean design and consistency.

We've seen Microsoft attempt similar design refreshes before with Fluent Design, but it is really up to developers to enable the design to language their apps and experiences. Even in the system itself, you'll find that inconsistency. There's a modern settings app, heavy on Fluent Design, as well as a classic control panel, which doesn't have it.

Additionally, Microsoft has attempted to overhaul Windows 10 with new iconography, but the results for public non-Windows Insiders have, too, been largely been inconsistent. Some icons would look great in the Start Menu, while others would just stand out, and look horrible. The company fixed this in a recent beta version of Windows, but not everyone has access to it.

Then there are things such as Dark Mode. In Windows 10, turning on Dark Mode doesn't necessarily mean that all areas of Windows will respect that mode. Just look at the File Explorer, for example. In some cases, items aren't always switched over to the dark, creating a design inconsistency. 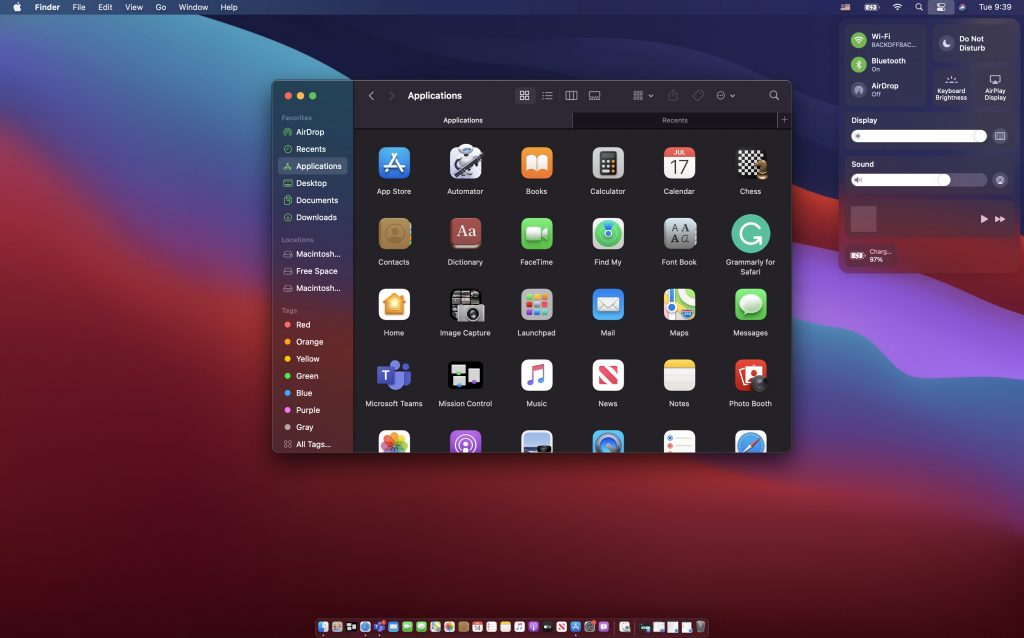 Third, in my list is Action Center. This has been one of the areas of Windows 10 that has seen most improvements since launch, and Microsoft deserves a lot of credit. However, after using the macOS Big Sur Beta, there are still some areas here that I think Microsoft could learn from.

Currently, the Windows 10 Action Center is at the bottom of the screen and is tied to the notification center. If you want to toggle actions like brightness, location, and more, you need to also see your notifications. That's great for most people, but Apple has found a way to do this, and make it clean, simple, and out of the way.

In macOS Big Sur, the Control Center is at the top of the screen and in its own separate space. For me, this is much easier to reach, rather than having to get to the bottom of the screen. It's also designed in a much cleaner way, with sliders for sound, brightness, and clean icons, more content with iOS and iPad OS. There's even a switch for keyboard brightness, too, which is something you can't find in Windows 10.

Related to Action Center is Notifications. Right now, notifications are similar to the toast tiles from the Windows 8 era. They're quite actionable, with controls in-line, but when you want to check them, will still show on the colored background of Action Center.

Apple, though, has cleaned that up with macOS Big Sur. In their operating system, notifications are cleaner. Much like in iOS and iPad OS, notifications appear "stacked" if you have multiple notifications for the same app. You'll even see your widgets here, too, to give you a glance at more information as you check up on what you might have missed.

A Problem for Microsoft

As I argued in my last editorial, for Microsoft, changing Windows 10 in the same way Apple changed macOS will be a bit of a struggle. For Microsoft, Windows is much more than a consumer product. It's in use not only by artists, students, and creative types but also by businesses, the government, and so much more.

Unlike Apple, for Microsoft, a massive design overhaul in Windows 10 might not be accepted by everyone, including the millions of enterprise users who are up and running with Windows. But the problems still are there. Windows needs to be more consistent, more cohesive, and cleaner.

Plus Addressing, for creating custom or disposable email addresses, coming to M365 later this year

How to add or remove startup apps on Windows 10