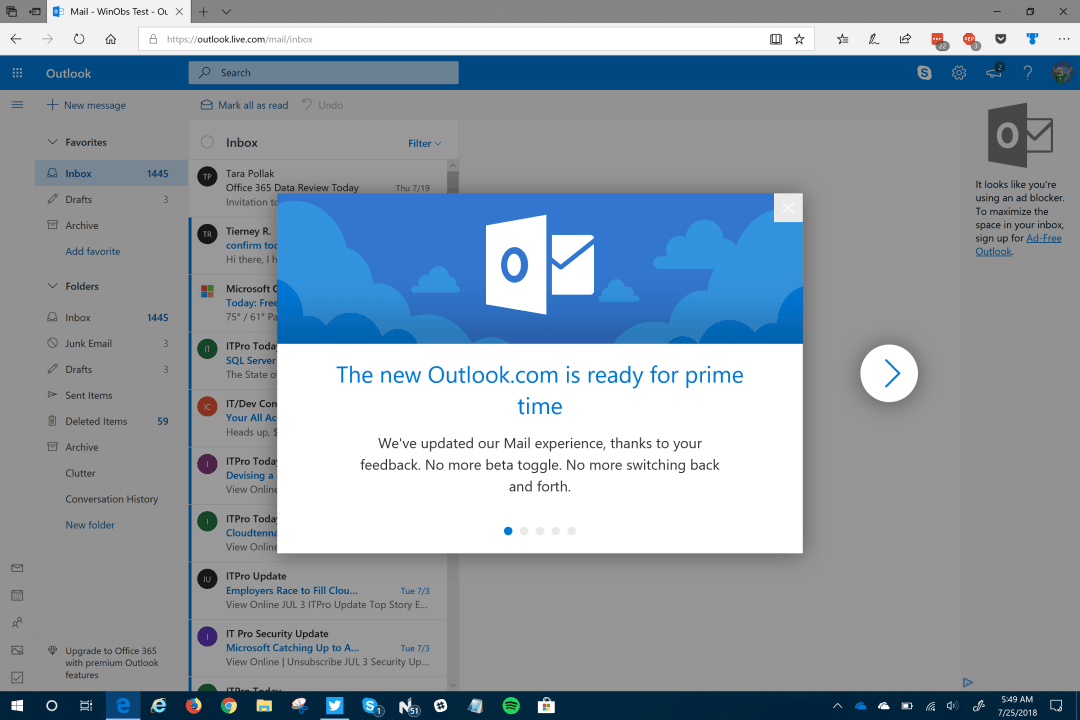 Recently, Microsoft announced that it plans to follow Google's lead in supporting the Accelerated Mobile Pages platform in email.

While Microsoft following suit with Google and its adoption of Chromium in its web browsing development will ultimately be a net good for both the company's engineering efforts and consumer experience going forward, going down the path of AMP advocacy in email may be an uncessary mine field that could eventually blow up in its face.

A post on Tutanota expounds on all the hidden and not so hidden reasons users should be wary of AMP in Gmail. While many of those author's negative assessments also apply to its adoption in Outlook, Microsoft will find themselves in an almost lose/lose situation when they begin rolling this out to both its potential enterprise and commercial users while simultaneously annoying its desired intersection prosumer crowd.

Here are the points laid out by the article:

Granting all of this, Microsoft doesn't seem to prioritize its Outlook platform as a monetized advertising target in the same fashion as Google but Tutanota points two and five directly apply to the company's split user base in a potentially negative way.

Microsoft's consumer Outlook product has historically been bad at filtering spam. Over the years, Microsoft's Outlook.com (formerly Hotmail) platform has gotten better at filtering spam by putting more controls in the hands of its users, however, its own automated processes are still in question.

With the introduction of AMP emails, a new type of spam is about to be hoisted onto already annoyed users with few current recourses for protecting their inboxes and ultimately exacerbate the PR struggle Outlook.com is facing when compared to its competition. 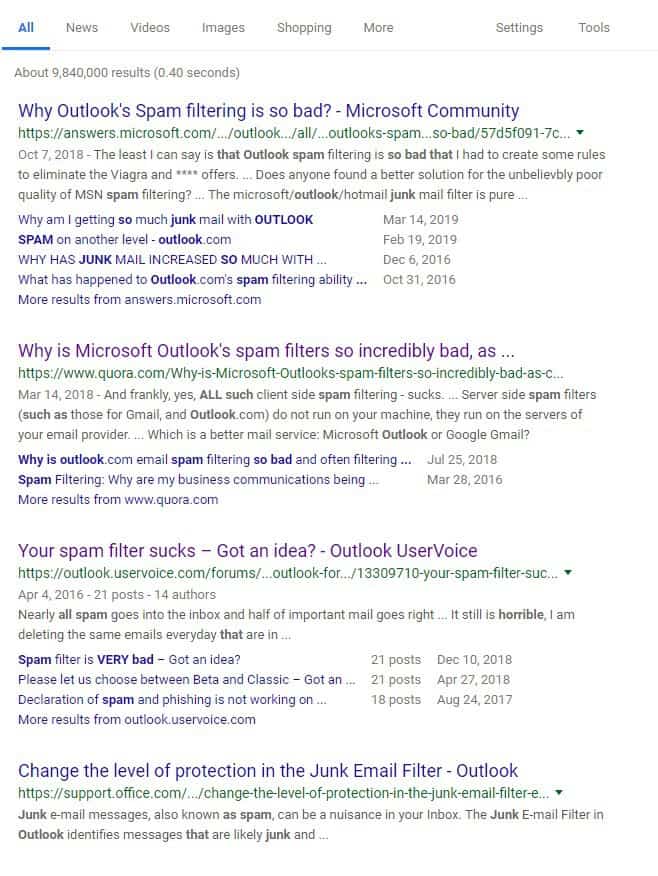 As it stands, Ad blockers for Outlook, arguably struggle with delineation of Ads, promotions and spam as evident by the push toward 'Focused' and 'Other' inbox separation in the apps. AMP emails will be repackaged advertising elements intended to bypass ad blocker rules by disguising themselves as interactive web experiences from, ideally, reputable and Google/Microsoft approved partners (those who already participated in the AMP project.)

The end around that AMP emails would take to land in someone's inbox aren't isolated to just the consumer platform of Outlook, but could be much more of nuisance and productivity killer for enterprise Outlook users.

Prior to the AMP HTML platform being introduced to emails, many enterprise users of email touted the efficiency and security of networking emails.

WIth companies now free to embed website experiences into emails, some employees will undoubtedly find themselves lost in an email exploring the mini website in their reading pane.

The dynamic nature of AMP HTML also puts into question the historical relevancy emails will retain in situations of validation, receipts, legal conversations and encrypted correspondence in a business setting.

When referring to a email chain for context, AMP emails will now have moving parts that are updared in real time and remove the historical data being searched or relied upon. 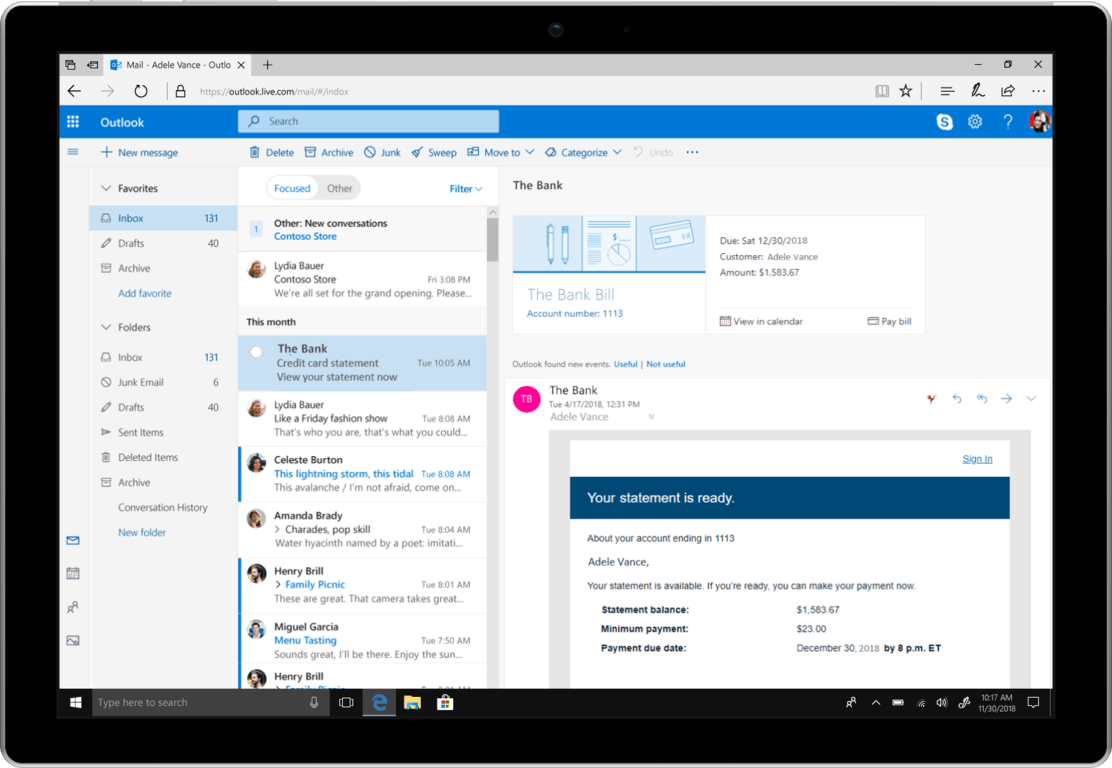 AMP HTML is a 50/50 proposition for the webs biggest advertising company, Google, which has built the mind share, the capital, and leniency to test this new platform in email. I don't believe Microsoft currently has either the good faith or walking space with its Outlook.com or Outlook for Business platforms to pull off missteps in introducing AMP HTML to its platform.

While Google builds inherent internet advertisement platforms into its software and services, Microsoft has not historically done so and has arguably stumbled when attempting to pivot in that direction. Microsoft does not have the same partnership with internet advertisers as Google  which leads in both search engine market share and active email user base, so introducing AMP as a marketing effort in Outlook would seem to be a subdued affair for both entities.

At the end of the day, Microsoft may be better served pulling an Xbox One circa 2014 and retrenching itself in all the previous benefits of email such as security, reliability, proficiency and pushing user advocacy by rebranding itself as a safe haven away from the superfluous tracking and advertising that will now be found in Gmail.