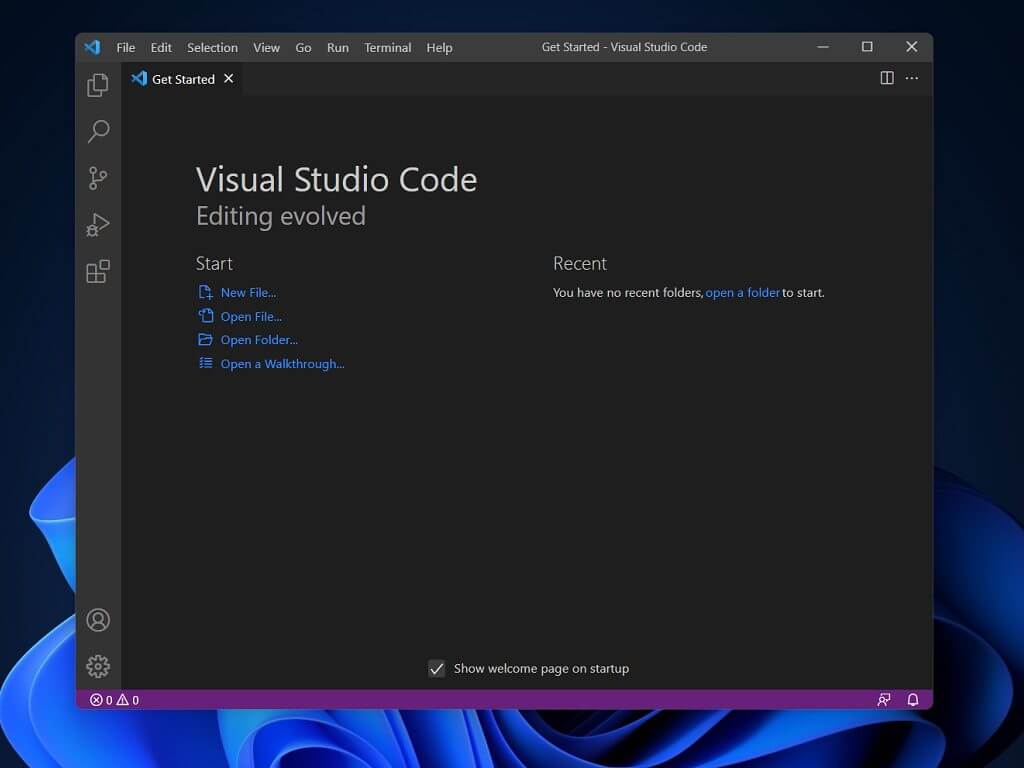 Last year Microsoft made quite a few investments into improving the experience for Java developers on VS Code, namely the release of Language Support for Java in Visual Studio Code which brought along a ton of goodies like Source lookup, Type hierarchy access, Java 17 support as well as other enhancements and performance improvements. This year appears to be no different., Let's talk about and break down some of the incoming improvements. 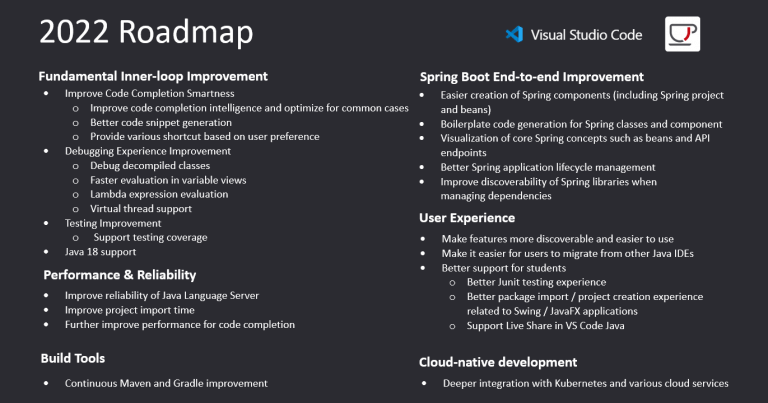 This is an area near and dear to well pretty much every developer. The aim is to improve the reliability and performance of the Java language server which although mostly working, does hang up from time to time causing a bit of frustration. Another area of focus will be into improving the performance of code completion. The important of a quick and accurate code completion feature cannot be overstated. This feature allows developers to stay in the flow, reduces mistakes and trips to reading documentation to get things done.

Sprint boot is an extremely popular framework for building micro-services and web applications using Java. Last year saw many improvements in this area, but feedback from the community will drive even more enhancements this year. Things like Spring project creation, scaffolding for spring controllers and classes, improvements to the Spring Boot dashboard and more.

It seems everything is moving to the cloud nowadays, the team is planning deeper integration with cloud and container orchestration tools to make it easier for developers to target these environments. The plan is to leverage Visual Studio Code's remote development extensions and GitHub Codespaces to create a first class experience for developers.

There are a ton of enhancements and new features headed our way this year. To read more about them check out this awesome post by Nick Zhu, Senior Program Manager at Microsoft.

What do you think about Microsoft's Java investments with Visual Studio Code? Let us know in the comments below.