Developer tries to get Linux running at boot on Microsoft Dev Kit 2023, but largely fails - OnMSFT.com Skip to content
We're hedging our bets! You can now follow OnMSFT.com on Mastadon or Tumblr! 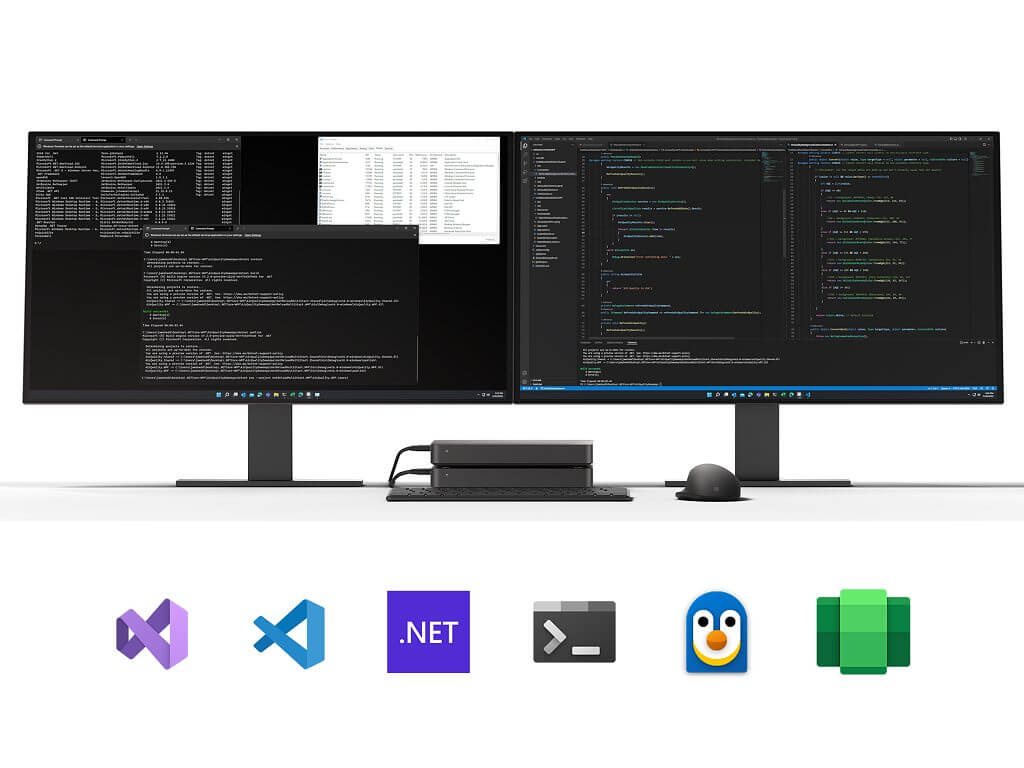 Microsoft's Windows Dev Kit 2023 (aka Project Volterra) is a "snappy Windows 11 machine with excellent support for Linux," but not at boot. This is according to Alex Ellis, developer and founder of OpenFaas, who tried to get Linux running at boot, but was largely unsuccessful.

Linux is supported on the device, but only via WSL2 (Windows Subsystem for Linux version 2). At this time, the Dev Kit will not allow you to boot directly into Linux.

But will it Linux? Microsoft Dev Kit 2023 ARM64 pic.twitter.com/B8sY2W4AOo

The Dev Kit 2023 has Windows 11 Pro installed, support for WSL2, virtual machines, and other development tools. On top of that, you can also develop applications to run on an NPU (neural processing unit). Not bad for $599.99.

When is Linux coming?

According to Ellis, he's not giving up just yet, but is disappointed that the device is considered a device for developers considering it can't boot Linux directly:

"Booting Linux isn't an option at the moment, and may require Microsoft to release a Device Tree Blob (DTB), or a third-party to reverse engineer this. Whilst I enjoy this kind of tinkering, it was disappointing that a "Dev Kit", built for developers can neither boot Linux, nor enable a custom Linux Kernel for WSL2."

See Ellis' journey to get Linux to boot on the Microsoft Dev Kit 2023 in detail on his blog. What do you think about Microsoft’s ARM-based all-in-one device for developers, Dev Kit? Please share your thoughts in the comments or reach out to us on Twitter.