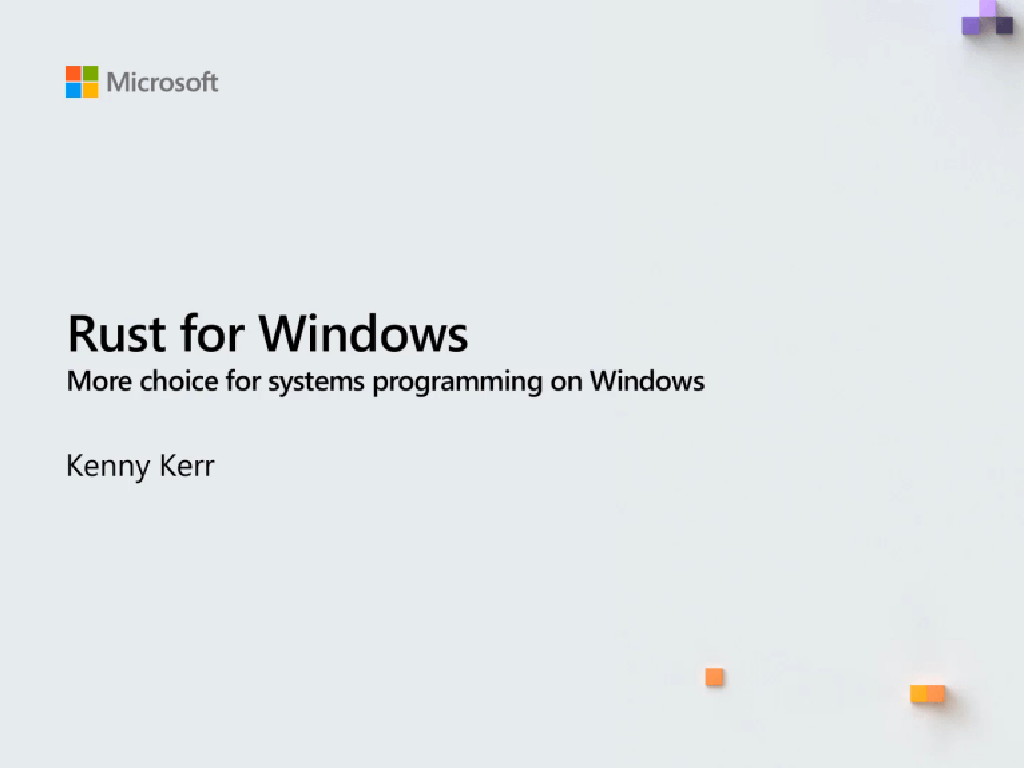 A lot has been happening in the world of Rust and Microsoft. Since last year's preview announcement there has been huge progress on this project. Having Rust support in VS Code and Visual Studio is great, but things are getting even better.

Rust developers have access to the entire Windows API surface in a language-idiomatic way, allowing them to easily take advantage of the power and breadth of Windows development.

First of all a name can make or break a project. Microsoft is known for naming their projects and solutions awkwardly throughout the years. However its great to see them make a change for the better here. "Rust/WinRT” is now “Rust for Windows”.

Ok so with that out of the way, let's jump into some details. Some of the improvements in tow are support for Win32 and COM APIs, Crate support on Linux as well as numerous under the hood fixes like improved build times and error handling. This progress goes a long way towards making Rust a first class citizen in Microsoft's eco-system. To further sweeten the deal more examples were also added to the Rust for Windows repo, this is great for those of us that learn by doing, instead of reading. Overall this release is shaping up to be huge for developers interested in Rust development as it relates to Windows.

For more information head over to Microsoft's official Developer Blog, check out the latest documentation on docs.microsoft.com, and watch the announcement video below:

Are you all excited about the investment Microsoft is making in Rust? sound off in the comments below!

Report: Windows 10X is not coming this year as resources shift to Windows 10

Tune in to OnPodcast on Sunday - we're chatting about Windows 10X being canned, and more!